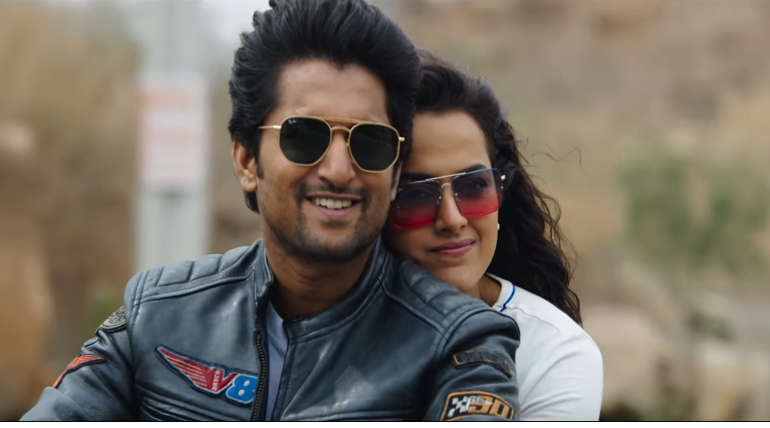 Jersey Theatrical Trailer is Out

Nani fans are eagerly looking forward for Nani's upcoming sports drama, Jersey. The theatrical trailer of the film is released today by Haarika & Hassine Creations. The production house released a video of making Jersey with tag on Mar 29, 2019 as "Here's a glimpse of JourneyofJersey. Come be a part of this journey and see how Natural Star Nani transformed into Arjun".

The trailer of the movie Jersey went viral today in social medias in which Nani plays a role of an aspiring crickter. The lead pairs Nani and Shraddha srinath share a lot of romantic scenes in the movie. The trailer shows the life of an crickter who wants to make it big in his field. Later the trailer cut into 10 years later in which it shows the lead pair get into marriage with a kid and the sports career seems to be decline. The marriage turns bitter and the trailer ends with the actor turns up in his field.

The movie directed by  Gowtham Tinnunori and music composer is Anirudh Ravichandran. The sport drama trailer look entertaining and emotional. Cute actor Nani tweeted that april 19th will be very very special for him as the movie set to release on April 19th 2019.