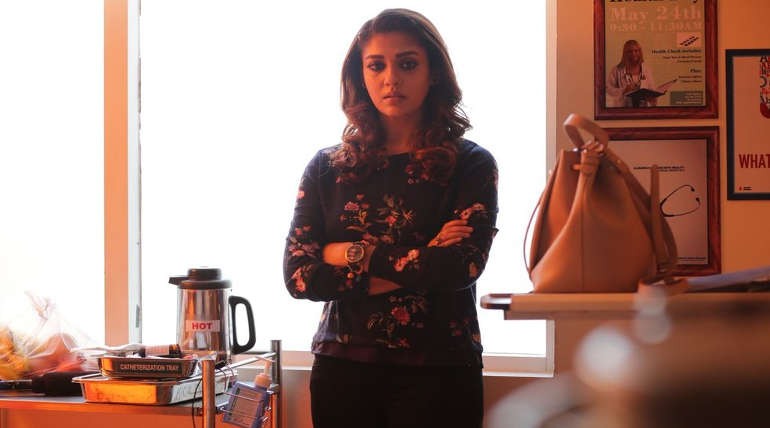 Airaa promotions are on high as such like much more than a big star in Tamilnadu especially in major cities. There may be more than thousand of hoardings and advertisement banner on 700 buses, 500 autos, eichers and also LEDs in big malls. production banner KJR Studios doing this kind of promotions that ever happened to a heroine oriented movie.

Baradwaj Rangan in his twitter shared  "Women-centric roles are those only women can do, but she has not chosen that path. Her recent hits could also have been done by men. Like the IAS officer in Aramm..."  It seems Nayanthara achieved her stardom on a different way, further strengthened her "Lady Superstar" brand. The film have a market value of around INR 15 crores.

Producer and distributor G.Dhananjayan says,"She's certainly a superstar. Sheâ€™s the only female actor who can guarantee house-full shows, even for the Friday morning slots. Not many male stars can do that and even the revenue she generates is comparable to most of them."  The movie is releasing in around of 700 screens in Tamilnadu,Telangana and Andra Pradesh.