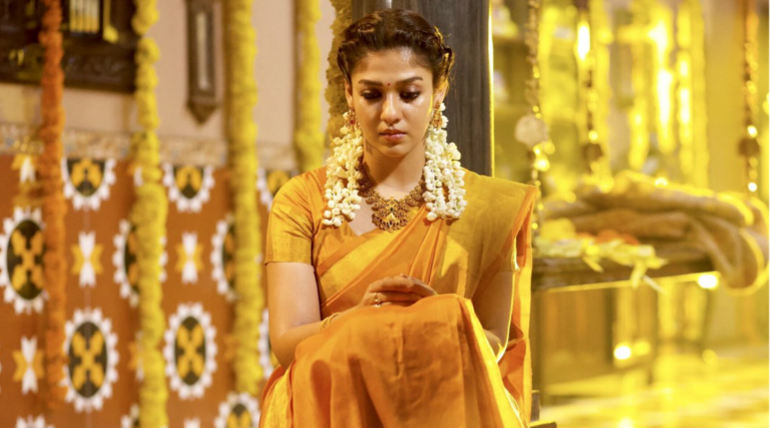 Airaa Movie Online Ticket Booking; The Nayanthara starrer upcoming horror - thriller is releasing worldwide this weekend and full-fledged bookings have started in theaters across the world. Coimbatore theaters have started the bookings for the film and it has occupied some main screens in the city. Karpagam Cinemas, SDC Kalpana Cinemas, Baba Cinemas, APA Cinemas Spi Cinemas, Cinepolis and INOX Cinemas have started the booking so far and few more centers are expected to confirm the movie. Click here to book your tickets for Airaa through Bookmyshow and TicketNew in Coimbatore.

The teaser and trailer of the film have already made a sensation among fans and is set to open with good opening numbers in TN. Previous Nayanthara films have fetched some record opening numbers and this film will be a no exception from the usual Lady Superstar craze. Clashing with Vijay Sethupathi's much-awaited Super Deluxe, the film will have to share screens according to the audience preference in coming days.

Single screens mostly prefer the Thiagarajan Kumararaja directorial film which has a huge star cast and hype among the audiences. Airaa hugely relies on the star power of Nayanthara and horror audience with Sarjun who made promising debuts with his shorts and a feature film. Produced by KJR Studios, it is promoted well in recent times and with a day more to release, the hype of the film is slowly building for the film. Word of mouth will play a huge role in the performance of the film and going by the promos, the mystery behind the content is expected to be the breaking point for Airaa.