Airaa Movie Review: Nayanthara as Bhavani Steals the Show in the Horror Thriller 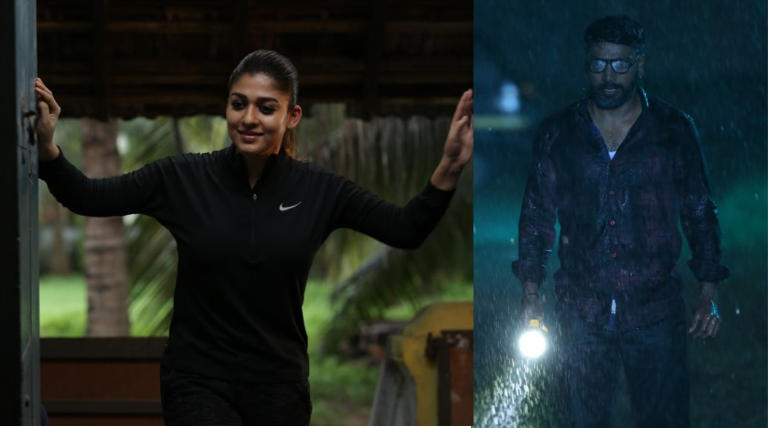 Airaa Movie Review; The interlink between serial killings in Chennai and some supernatural power in a Pollachi village is what Airaa all about. Yamuna from Madras enters a haunted house in Pollachi and stays there to shoot a fake ghost video to make it sensational in YouTube along with her handicapped grandmother and Yogi Babu. With their help, she plans to create a fake ghost video which apparently turns as her biggest turning point.

Meanwhile, in Chennai, actor Kalai loses his friend Bhavani in a road accident and the story revolves around these two events from Pollachi and Chennai. Nayantara has acted in two roles as a servant and another one as a writer on YouTube. Like other directors, director Sarjun did not change the fact that a village girl should look black onscreen. Though the black toned Bhavani was well performed by Nayan which makes the film highly recommended.

The Strength of the film is the characterisation enacted by Nayan as both Bhavani and Yamuna. The film has a weakness of narrative followed in a usual template as like a usual horror movie. Like her previous Dora movie, Airaa gets deviated through a weak screenplay followed by strong performances by the cast.

Sarjun, who gave powerful short films Maa and Lakshmi and also a hard-hitting feature film Echarikkai has made Airaa which was highly expected and finally got a bit let down from the expectations. Yogi Babu's comedy in the film does not offer much to the audience while Nayan catches the audience eyes in the slippery screenplay.

Airaa Movie Review: Nayanthara as Bhavani Steals the Show in the Horror Thriller