Ajay Devgn Next De De Pyaar De Trailer is Out 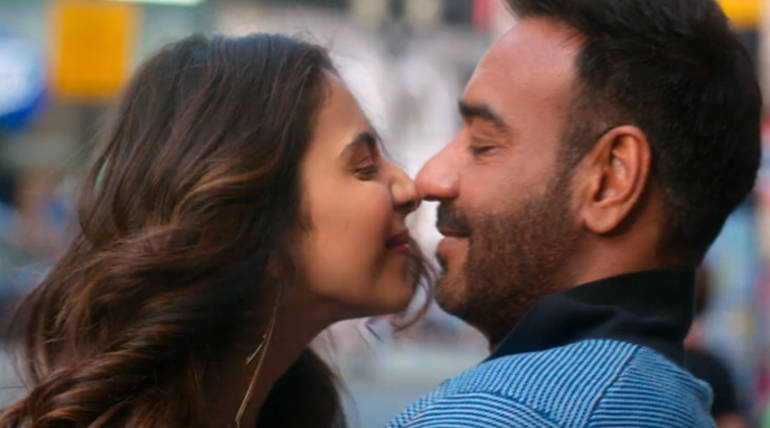 The title literally means Give me your love. The film's pre-production began in February 2017 and principal photography commenced on 19 January 2018. It was scheduled to hit screens on 15 March 2019, but was then delayed to 17 May 2019 to avoid competition with Devgn's Total Dhamaal.

The film also casts Jimmy Shergill, Alok Nath, Hussain Dalal, Angela Krislinzki in supporting roles. First look of the film was released on 22th March 2019.  The trailer release coincide with the actor Ajay Devgn's birthday. Director Akiv Ali says, "I could not have asked for a better debut. Working with the stellar cast Ajay,Tabu and Rakul has made this journey delightful. It's a double celebration for us to launch our trailer on Ajay's birthday and we are glad to share this with the audience."

Ajay Devgn Next De De Pyaar De Trailer is Out