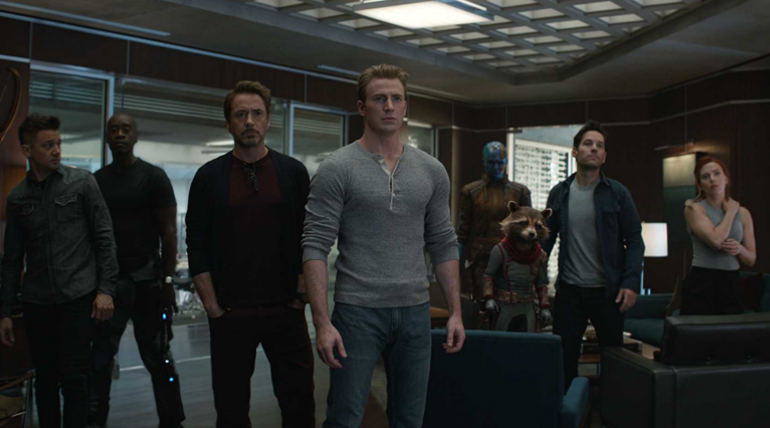 Avengers Endgame: Hollywood's most expected movie is finally two days away to be released worldwide. As a shocking fact, the full movie has been leaked online in the piracy site Tamilrockers before the theatrical release and now illegally made available online in English language. While the film is releasing in all main regional dubbed languages Hindi, Tamil, Telugu in India, the English version leaked online after the first special public screening happened in USA on Tuesday. The movie is set to launch in a grand manner with hug market eyeing for record opening at every aspects.

After the Infinity War's highly acclaimed ending, the sequel is very much looked forward in all the Hollywood watching countries and eagerly awaiting the release to watch it before any spoilers let out the excitement. Marvel fans are all waiting for their heroes to come back after being destroyed by the mightiest villain ever of MCU, Thanos along with destroying half of the world with his singl snap. The trailers have already hyped the expectations multiple times and Russo brothers are leaving no stone unturned promoting the film in a maximum possible way with glimpses and promotional events around the world.

Ticket sales are going on a rage all over the world heading to a 100% occupancy everywhere for the opening weekend. It is almost set to breach into every other domestic markets along with the US market, to beat the records set by regional films too. Meanwhile, online leak might approach the box office in India and the leak of original English version has lead the way for people to view it illegally even before the movie release. This would really bother the makers and all stake people involved in the film as it is really a hard thing for such a huge film getting leaked before formal release. It is always illegal to watch a film online and especially for a film with this budget and grandeur making involved, it would be harsh to view it and disrespect the makers. Say no to piracy!