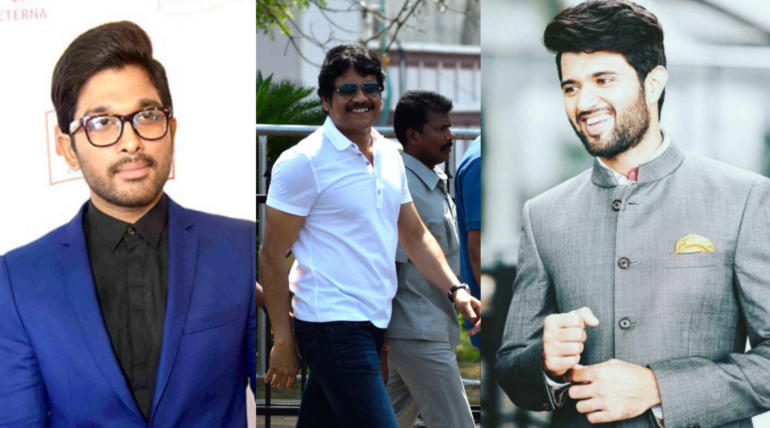 The next season of the biggest TV show of recent times, Bigg Boss is the talk of the town currently. As the previous host Jr. NTR has reportedly opted out of the show after joining the sets of RRR directed by Rajamouli, the TV show is in search of a new star host for holding the show with an absolute craze as it needs.

Rumors broke that the senior actor Nagarjuna was been approached for the show host and he is still discussing about taking the decision. Like Kamal Haasan in Tamil, Salman Khan in Hindi, Mohanlal in Malayalam and Sudeep in Kannada, if Nagarjuna takes up the chance it will be another senior superstar actor to host the show in Telugu industry too.

Latest reports carried that the young sensation Vijay Devarakonda who is called as the Rowdy of Tollywood is also under talks for hosting the show and if it happens then no doubt the show will see another level of a craze. Allu Arjun is also been asked about taking up the task of the much-awaited show and it is awaited who will be the next man to hold the home TV's this year.