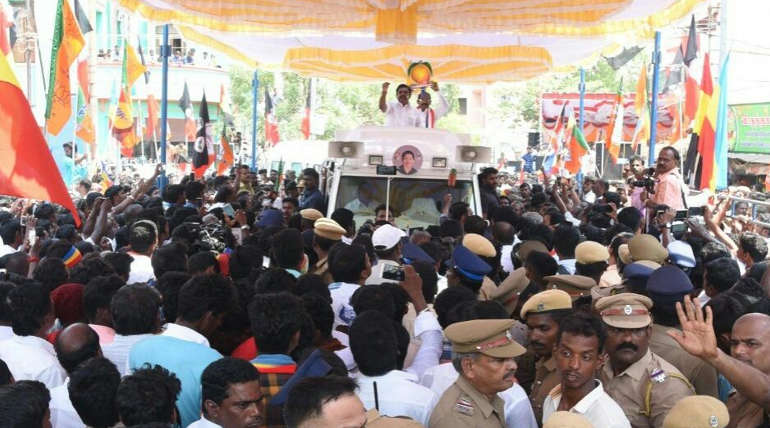 Edappadi Palaniswami takes a Dig On Vaiko in Villupuram Campaign

He said, "For few days Vaiko has spoken to the villagers. He will change frequently and also change his position. He told Corruption in the purchase of pulses, the corruption on the highway and in each and every departments, whatever he reminds he told all of them. Already nothing. With such a low rank, they keep a party and stand in the symbol of the next party. Is he a real leader?"

"Let's throw up the word "M" from MDMK and keep the DMK! These are labelled as alliance. Is this a policy for them? They do not care about party volunteer.Their aim is only for power. Ganesamurthi at Erode asking vote for DMK on the MDMK stage.  First of all do you have a party? Then talk about someone else. What are your qualifications to keep your own party in mortgage and talk about others? He left the policy for the coalition. There is no policy and there is no theory. Vaiko, who was always talking about Sri Lanka, has now left it. Vaiko talked about the Sri Lankan Tamil massacre, now climbed and surrendered to DMK leader. What else should I talk? "Said Palanisamy.