Game Over Movie Leaked in Tamilrockers 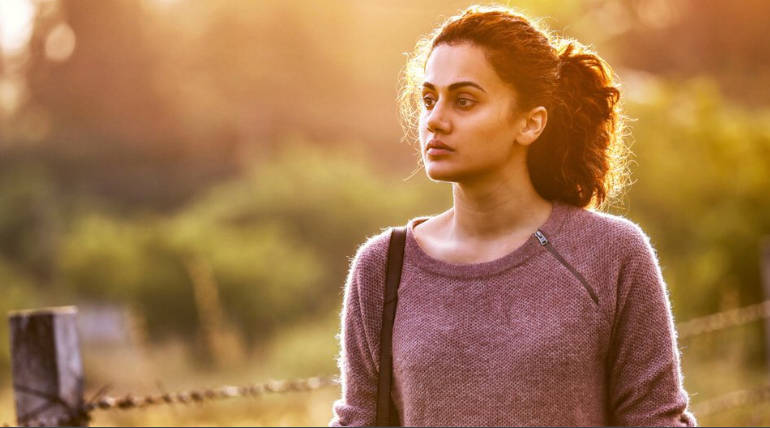 Taapsee Pannu in Game Over Movie

Game over's strength is its compelling storyline. That in itself was enough to keep the audience engrossed. But then Ashwin Saravanan takes it to a further level by intelligently weaving layers over the plot and yet not disturbing the core of the story. The subtlety in messages cannot be missed even though there is not a single dialogue that is preachy.  The first half takes its time to unravel with some scenes that makes a tad longer to play out, but then the audience cannot miss the finer points in the way the movie progresses. The second half is thoroughly executed, and everything falls into place. The climax is fantastic, and it inadvertently brought about a smile for its ingenuity despite its predictable ending.

Taapsee Pannu is impressive in her role and makes the cine-goers wonder if there could have been anyone better. She has already proved her worth in Pink and Badla, and with this film, she establishes what a fine actress she has turned out to be. Vinodini Vaidyanathan's natural performance is also engaging.

Y NOT Studios, Reliance Entertainment produced the film. A. Vasanth cinematography work lifts the scenes without being dramatic but relies on guile and style. Ron Ethaan Yohanâ€™s background score is terrific, unlike the typical sounds and jerks that used to in horror movies. Richard Kevinâ€™s excellent editing runs the film at an even pace. Dialogues are minimal and to the mark. Director Ashwin Saravanan steps into the bigger shoes with this film.

The piracy web sites like Tamilrockers are a significant threat to the film industry â€” the movie released in that illegal website soon after its theatrical release. Even though respective state Government and central Government is taking actions against those copy and distribution of digital prints, still it's continuing. Not only regional movies like Suriya's NGK, Salman Khan Bharat, Hollywood movies also the prey to these websites. This kind of actions will sure affect the box office of the film. SAY NO TO PIRACY.

Game Over Movie Leaked in Tamilrockers