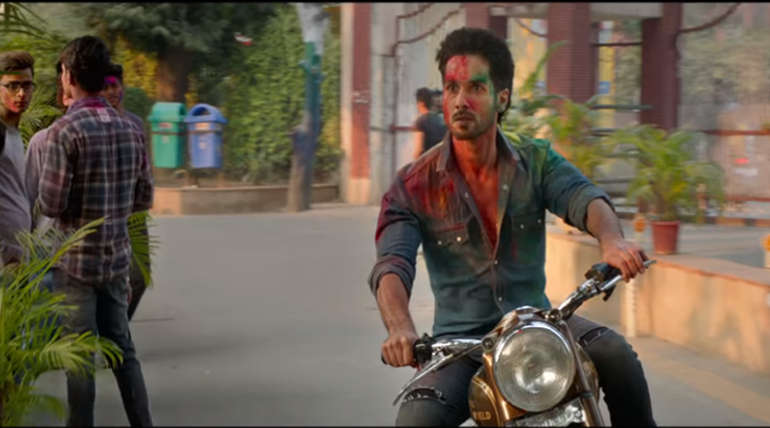 The most awaiting teaser of the year and the official remake of Telugu hit movie, Kabir Singh is released today with huge expectation. The teaser went to a view of 5 lakh within few hours of release. The teaser seems to be a faithful remake of Arjun Reddy frame by frame. Shahid kapoor looks so convincing for all shades of angry, rebel,lover and surgeon role.

The story is about an academic topper surgeon who has short temper. The teaser shows how a successful surgeon Kabir Singh becomes addicted to drugs and cigars. The female lead is played by Kiara Advani and in the teaser only one scene is shown where she gets a peck on her cheek from Kabir Singh.

The movie is directed by Sandeep Reddy Vanga who also directed the original version Arjun Reddy. Shahid has perfectly fit for the character which was played by Vijay Deverakonda perfectly. The film is produced by Bhushan Kumar, Murad Khetani, Krishna Kumar and Ashwin Varde. The film is set to release by June 21st, 2019. This is first collaboration for Shahid Kapoor and Kiara Advani on the screen.