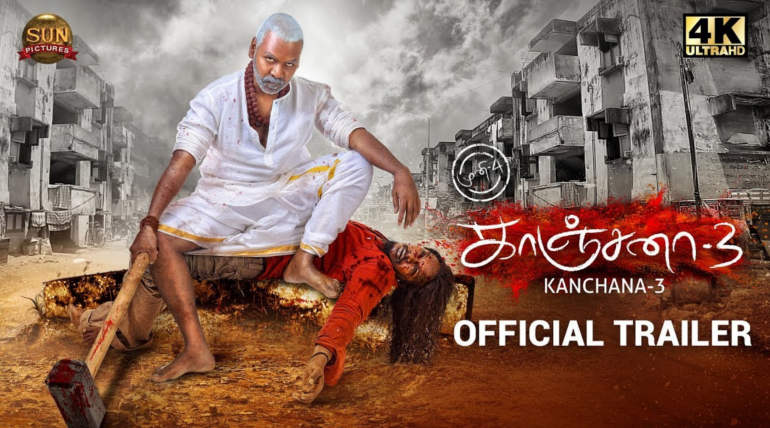 Kanchana 3 Official Trailer has been out on the net and the big horror franchise of Raghava Lawrence is dropping this summer in worldwide theaters. Sun Pictures is producing the film and Lawrence is coming after back to back success with his Kanchana films in previous years.

The trailer looks slick and promising for the franchise and it is sure to entertain Muni fans which started in the year 2007. The fourth film of the franchise is titled as Kanchana 3 and like his previous outings, Lawrence is sporting some varying looks for the ghost spirit character.

Kanchana 3 is releasing on April 19, 2019, by Sun Pictures and after high;y successful Kanchana 2 which earned 100 crores at the global box office, the actor saw continuous failures in his last outings helmed by other directors. With his strong zone this time, Lawrence is set to crack the box office code this time by entertaining the audience as always.