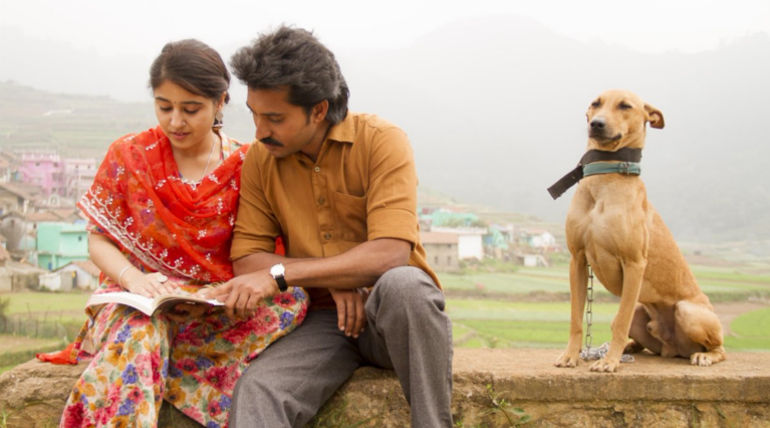 The usual hero falling in love with the heroine seeing her daring stunts is this time said in a unique way with a tone of breeze added by the composer Sean Roldan with his music. Followed by the events after they fell in love with each other and caste fights are all said in the Mehandi Circus with an engrossing musical touch. The cut-off of the music period during 1992 when A.R.Rahman entered and the Ilayaraja period was over was highlighted in the film and also the Harris Jeyaraj's debut was notified in one of the dialogues.

The first half of the film gave a complete flavor of romance to the audience while the second half which was a complete switchover was all of a surprise and the film ended in an unexpected way of course giving a feel-good moment. Audiences who watched already gave a thumbs up as it impressed big time and if a film can be watched multiple times only for music, then Mehandi Circus will stand top in recent times as Sean Roldan has lifted the scenes big time throughout with his background score and tracks.

Performances were sure to get acclamations especially the female lead Shwetha Tripathi was committed to her role with a complete determination to the craft giving perfect lip syncs and a splendid performance. RJ Vignesh's track refreshes the scene then and there with light humor and Vela Ramamurthy has lived in his role with utmost perfection. Mehandi Circus overall came as a surprise for everyone as it succeeded in delivering an engaging and emotional content connecting the audience without any expectations.