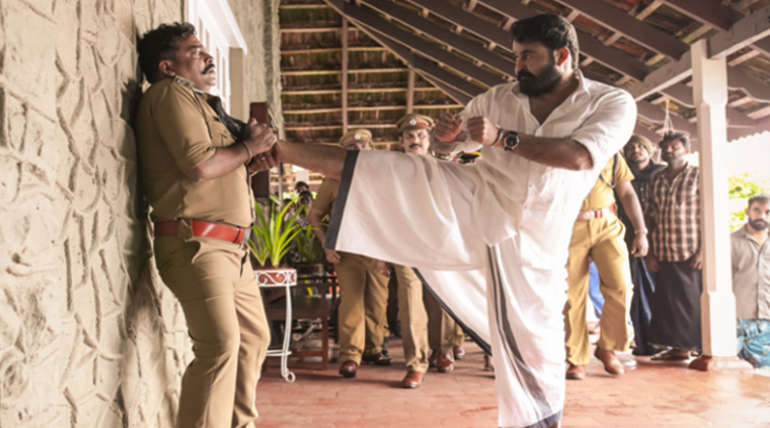 Actor Prithviraj Sukumaran directorial Mohanlal's Lucifer movie recently released worldwide. More than twenty lead actors including Manju Warrier, Tovino Thomas, Indrajith Sukumaran, Kalabhavan Shajohn, John Vijay and aslo Vivek Oberoi has acted as villain in this film. The film was anticipated by the Malayalis and the film is grossly and critically acclaimed. The film which was centered on the politics was raised by the post dispute at the time of the election.

Mohanlal's leg kick on uniformed police officer has a huge irks among police officers. The poster have been designed with a scene in the film as if it had a foot on the chest. In this context, The Kerala Police Association has written to the Chief Minister to ban the poster for the film's advertisement.

The letter also addresses the growing assault on police in Kerala. "This advertisement also has a title which sends a wrong message to people. No action against such posters undoubtedly creates lawlessness. Earlier, criminals were attacking police, but nowadays our youth is also involved in such criminal acts" a portion from Deccan Chronicle.

"Scenes showing the consuming of tobacco and liquor is injurious and not wearing helmets have statutory warnings displayed on the movie screens and posters. The film scenes and posters showing an attack against police should also be made illegal", the complaint having this sentence also.

Anilkumar, General Secretary of KPA said "We respect the freedom of expression of the artistes and this is by no means an infringement on their freedom. We are only concerned about the impact such posters can have". The poster also having the tagline how dare you touch my youths. The movie released over 4000 screens worldwide and also collected moreover 50 crore in its opening weekend.