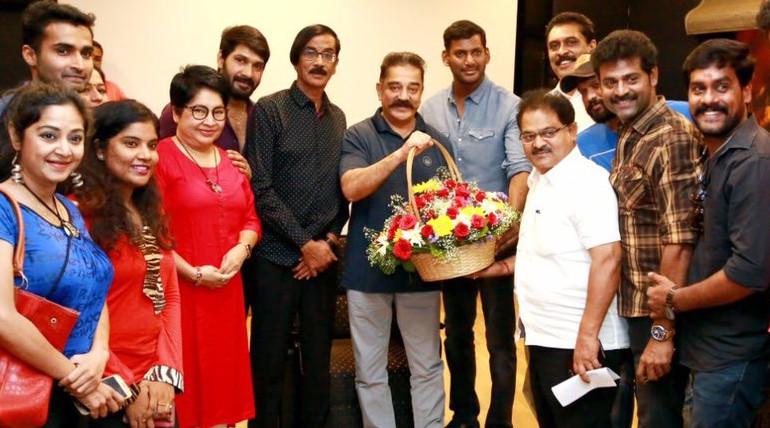 Both the teams of the Nadigar Sangam are busy in campaigning votes of the association members through out the state for the upcoming election to be held on June 23. The present team Vishal's Pandavar Ani and his opponent team on the head of director K Bhagyaraj are facing the election. Both teams are facing severe critics by the opposite teams. The videos of that are going viral on the social media pages. Meantime Pandavar Ani had shared their candidate list.

Recently Vishal had received blast from Varalaxmi for criticizing her father Sarath Kumar in the video. Radhika Sarathkumar also took her twitter page to say Vishal and his team to stop the disgraceful behavior. Meanwhile Vishal and his team had met Kamal Haasan a few days before who had supported the team widely in the last election.

On the other hand Bhagyaraj is contesting against Nassar in the election. Ishari Ganesh will be contesting against Vishal. Prashant against Karthi for treasurer post. Some members from Pandavar Ani had lent their support to this team. The other members in his team are Poornima Bhagyaraj, Harathi Ganesh, Shyem, Sreekanth, Ramesh Kanna, Gayathri Raguram, Kutti Padmini and others. 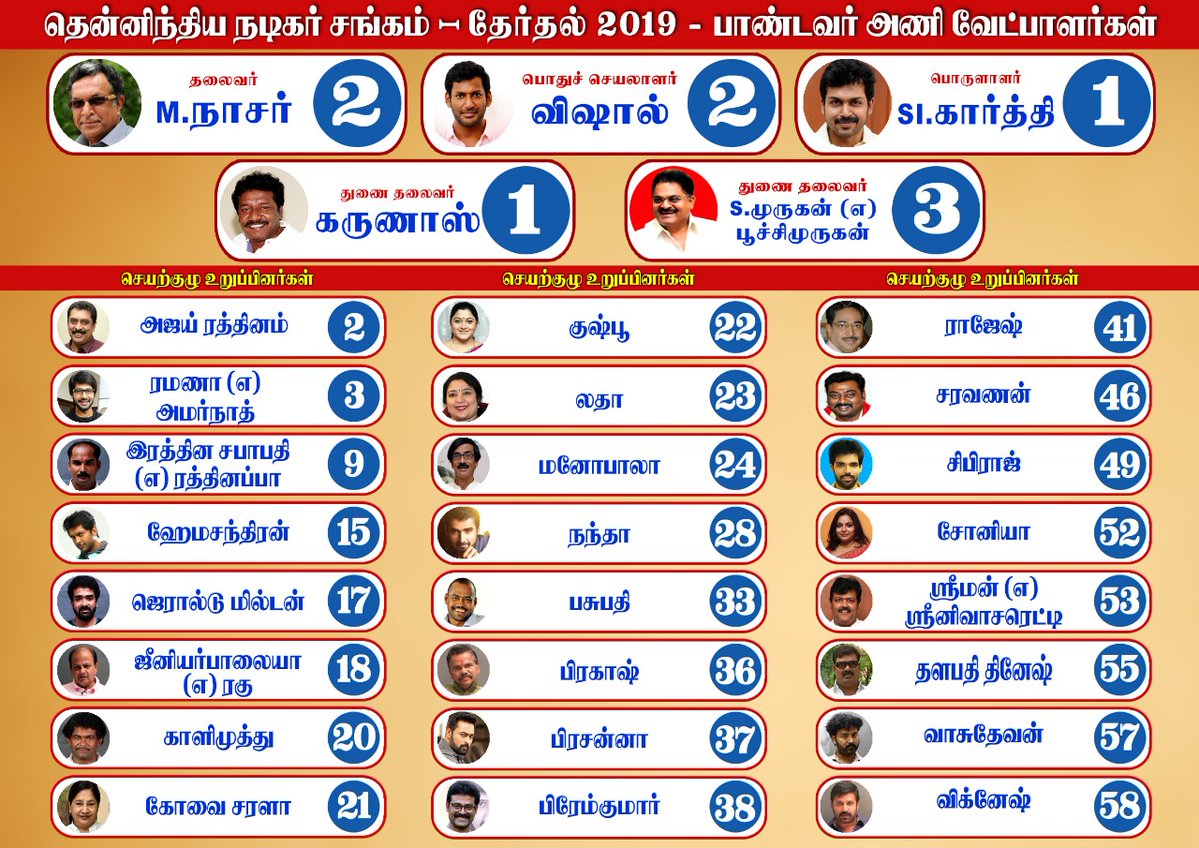