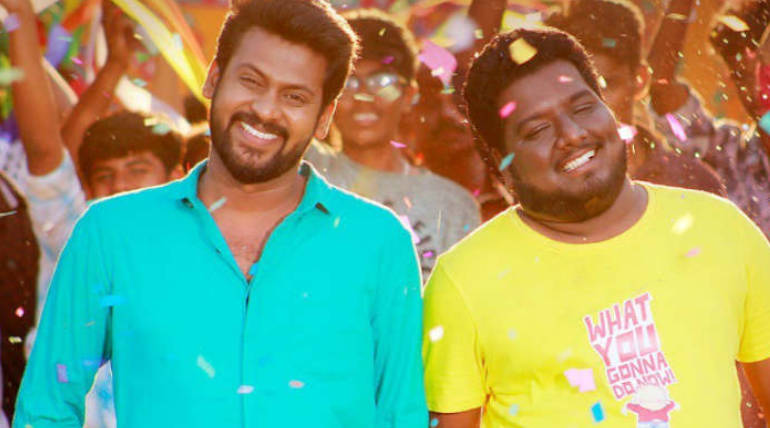 Many of the young people today have the desire to work in cinema. For those who come from an ordinary background, it is difficult to get the right chance. Some of them have recently been mobilised through Youtube and TV. The film Nenjamundu Nermaiyundu Odu Raja has been released in the production of Actor Sivakarthikeyan following the success of his previous production debut sports drama film "Kana".The movie is directed by the famous Black sheep reputation of Youtube, Karthik Venugopalan.

Rio Raj as the hero of the movie as he also from Vijay TV. The movie Nenjamundu Nermaiyundu Odu Raja has come out well with a good opening. The film starts in first of with the comedy combo of Rio Raj and RJ Vigneshkanth as the duo has worked on a few one-liners and is well received by the audience. The movie is not a full-time comedy it also has a proper script and story. The role of Radharavi is the key in the first half and second half it's Nanjil Sampath who entertains us. Rio Raj debut has selected good script under actor Siva Karthikeyan productions. The movie towards the end climax is the highlight of the film and massive applause at the end of the film. The film Nenjamundu Nermaiyundu Odu Raja is running successfully with positive feedback.

Regarding actors, the director told that we do not have to tell about them, they are already celebrities in online and satellite channels. Rio raj is an actor with great dedication. He is continuously reciting in his acting career. RJ Vigneshkanth is attracting all the fans of the film and is getting more attention. Beyond language barriers, Shirin made a great effort. Sampath is undoubtedly an inevitable force in all of his movies because of his personality. The film Nenjamundu Nermaiyundu Odu Raja is passionate beyond that of a fun trip.

The movie is the latest pray for piracy website like Tamilrockers. The movie Nenjamundu Nermaiyundu Odu Raja leaked in the piracy web site as soon as it finds its theatrical release. This will affect the film business, for sure. The movie Taapsee Pannu's Game over which is psychological horror released along with this movie also leaked in this illegal website. SAY NO TO PIRACY.