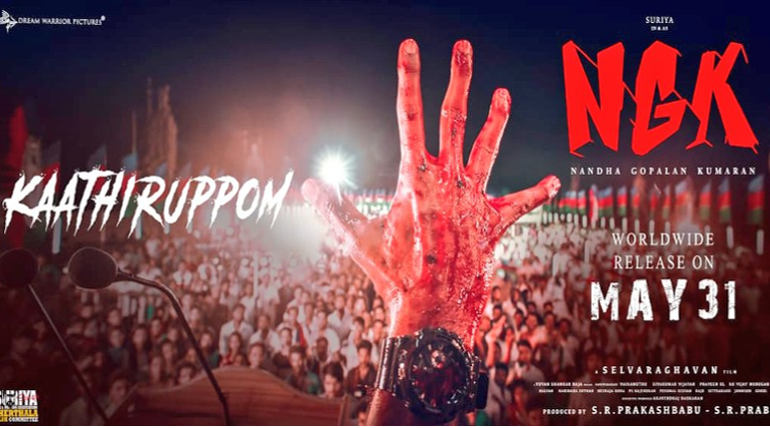 Suriya starrer NGK movie is gearing up for a May 31st release after a long streak of postponement in release dates. While fans are all craving for a single update from the team, the makers have finally let out the news of the release of the audio and trailer of NGK. Selvaraghavan tweeted the news and said that the trailer and songs of the film will be out on April 29.

Fans are all happy for the news and are double excited to witness the trailer and the mastery work of Yuvan Shankar Raja who share a special rapport with the maker Selva. The first single of the film already released and quite had some curiosity from the music lovers. After an impressive teaser, the trailer is looked forward to be revealing something about the film and what's been made in the film by the team.

Suriya is having multiple films on cards for the coming days and his Kaappaan with KV Anand is marching towards August 30 release and the teaser was all success among the audience. Meanwhile his film with Sudha Kongara, Soorarai Pottru is also expected to be one hell of a film coming the way. The actor is joining with director Siva for the first time produced by Studio Green which is set to go on floors by the end of June.