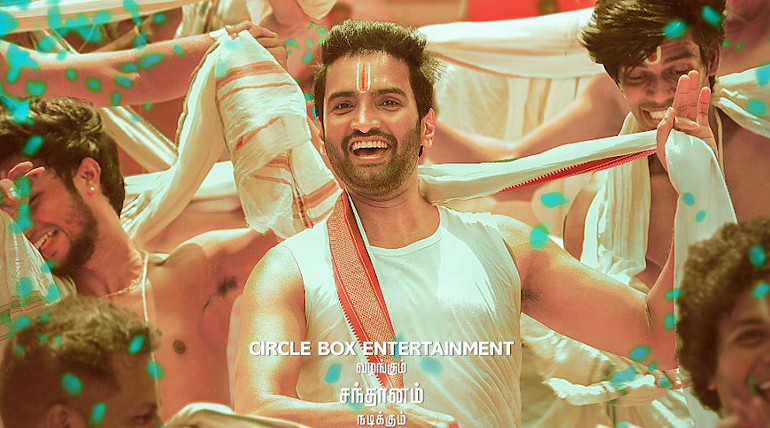 The comedian turned hero Santhanam's next "Accused No 1" movie teaser trailer which had been released in mid of April is now had reached 4 million hits and receiving good responses. The movie Tamil Nadu theatrical distribution rights has been acquired by popular producer SP Chowdhary who is also now bankrolling his Dagaalty project.

This is Santhanam's highly anticipated rom-com written and directed by Johnson K, music is tuned by Santhosh Narayanan and produced by Raj Narayanan of Circle Box Entertainment. Tara Alisha Berry is doing the female lead.

This movie is Santhanam's 6 movie as a hero since he turned as a hero 5 years before. He will be seen in the character name Saravanan living in North Chennai. The movie is set as a July release.

Santhanam's Server Sundaram and Selvaraghavan directed Mannavan vandhandhi were completed and still not been released. He said in the popular interview that still the back works are on progress for those movies and it will be released when the time comes.

His new project Dagaalty's first look was released in June first week that to be produced by 18 Reels and SP Chowdhary. The movie to have Vijay Narain as musician, Rittika Sen as female lead and Deepak Kumar Padhy's cinematography.