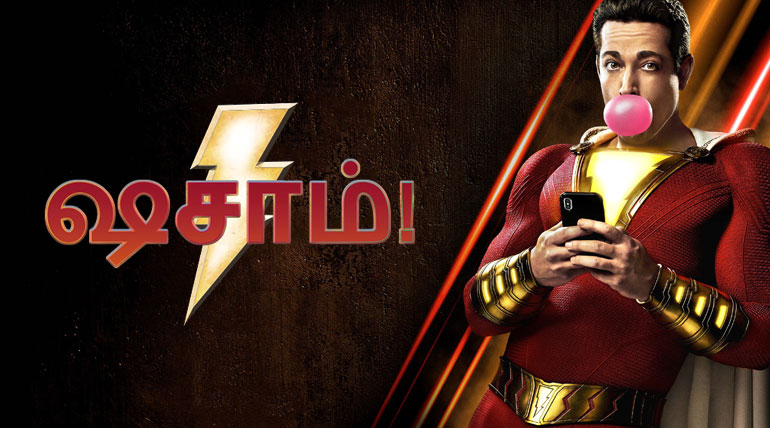 Shazam is an upcoming DC superhero film and the trailer of the film has made a huge hype among DC fans and audiences. The comical superhero film is coming worldwide on April 5 and been looked forward to a new age superhero film from DC Entertainment like never seen before for the franchise.

The movie stars Zachary Levi in lead role and directed by David F. Sandberg who has previously directed the highly acclaimed horror films Lights Out and Annabelle Creation. Shazam will mark his first non-horror film and we have to wait and see how the maker has handled this much-awaited superhero film of DC Comics.

The movie is releasing worldwide in English while it is being dubbed and released in the Indian regional languages Hindi, Tamil and Telugu. Here is the Tamil trailer of Shazam who is soon to join the Justice League of the powerful superheroes.