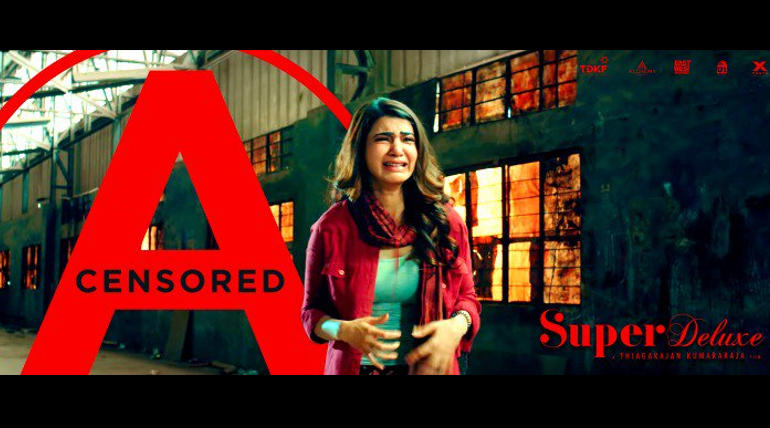 Anticipations build up as the upcoming new age film of Kumararaja, Super Deluxe has been censored by the Central Board of Film Certification with 'A' certificate in India. The film is said to be released without any cuts after getting certified for Adults and the makers are happy about the certification as the product will release as it is without any interruptions over the content.

The movie has got an adult certification in most of the overseas markets too without any cuts. The producer shared the Singapore distribution partner 7Cs Entertainment and the censor certificate in the country. The movie is rated for adults stated a consumer Advice of "Mature Content and Course Language" which reveals that the film doesn't have a usual content of mainstream cinema and expected to be a hardcore niche film with an entertaining theme.

After the trailer impressed everyone with its terrific cuts, the film which has a mystery prevailing over the content and story is opening in theaters this weekend releasing on March 29, 2019. Chennai city ticket booking has been started in few theaters and also the fans favorite Ram Cinemas from Nellai has started its reservation.

The movie is produced by Tyler and Durden along with the East West Dream works while the distribution and publicity rights for the film has been acquired by the newly started YNotX Film Distribution Company, a subsidiary of YNot Productions. Vijay Sethupathi starrer Super Deluxe also has Samantha, Fahad Fazil, Mysskin and Ramya Krishnan playing prominent roles.