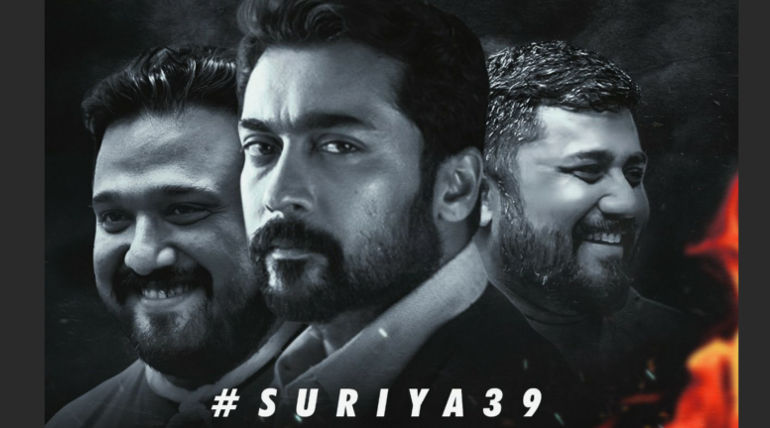 Suriya 39: The official update about the upcoming combo of Suriya - Siva is finally out and the production company Studio green has announced it in their Twitter handle. As a surprise for fans, K.E.Gnanavelraja let the news out much before the commencement of the project and confirmed the powerful combo of the actor-director and it is expected to be mass commercial flick from the team.

As speculated earlier, the combo is happening and Suriya who is waiting for his next big release NGK is announcing back to back projects lined up in his next few filmographies. NGK directed by Selvaraghavan is yet to release after a long delay on May 31 and the teaser of the film has already released and geared up the anticipations. Audio of the film is soon expected to be ou composed by Yuvan Shankar Raja.

Meanwhile, the actor's next film after NGK, Kaappaan is also nearing its release date and the teaser of the film also released recently catering a treat for the fans and audience, Helmed by KV Anand, the movie is releasing by August 30th worldwide and is expected widely among all kind of audience. Another Suriya film Soorarai Potru is also under making, by the ace maker Sudha Kongara and the title look of the film released recently.

This next big combo of Suriya is said to be a rural flick as per the rumors and music director Imman is talked to be composing for the director after successful Viswasam. the director is on a high after the highly acclaimed film at the box office with Thala Ajith. He has already worked with the actor's brother in Siruthai and is now set to join with the Singam actor. Further details are looked forward to being announced in the coming days after the shoot commencement.