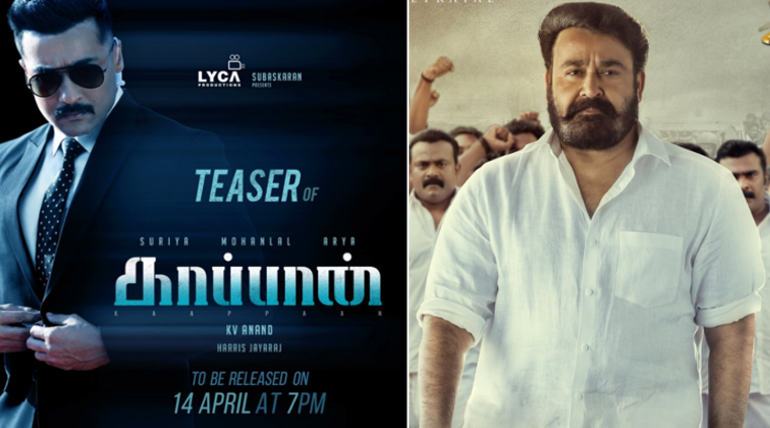 Suriya's upcoming movie with KV Anand, Kaappaan is nearing its completion and the teaser of the film is announced to be released on Tamil New Year, Sunday by evening 7 pm. The director tweeted the news a while back a confirmed the rumors surrounding the teaser launch while he already hinted an update coming, a couple of days back.

The shoots of the film are over and post-production is going on a full swing produced by Lyca Productions. Updates about the film are coming on a rapid pace from the start of the project and fans are excited about the movie already. Mohanlal, Saayyesha, Arya, Samuthirakani, Boman Irani are playing the supporting roles in the film and with this huge star cast, the film is expected to release on Pooja holidays of Diwali this year.

It is time to expect a powerful teaser from the team and fans this time has received an unexpected surprise from the team, unlike earlier times when they demand the makers for updates. Suriya is having two films ready for release, NGK and Kaappaan and he is currently shooting for Suriya 38 with Sudha Kongara.