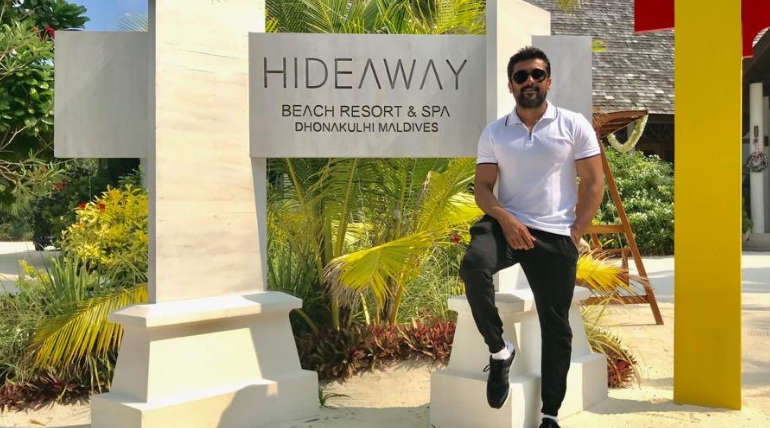 As the release date of first single is announced earlier, now the most awaiting Selvaraghavan Yuvan ShankarRaja Suriya combo first single title name is revealed. This is the first song from the movie NGK is announced as there is only 50 days more to release. Dreamwarrior pictures,Sony Music South and Reliance entertainment tweeted the title for the first single in Tamil and Telugu.

The title is named as THANDALKAARAN in Tamil and in Telugu VaddeeloduVachene. The meaning of the word can be literally translated as revenue collector.  The release date is announced to be May 31st after a long gap for actor Suriya and also for the director Selvaraghavan. The last movie for actor Suriya is Thaana serntha kootham and for Selvaraghavan is Irandaam Ulagam in 2011. His recent movies horror flick Nenjam Marappathilai and Santhanam starring Mannavan Vanthanadi are not yet released due to various reasons.

This Suriya, Rahul Preet Singh and Sai pallavi movie is going to be mass hit of the year and summer treat. Yuvan shankar raja musical first single can be enjoyed on 12th April 4 pm. Stay tuned for this Yuvan's treat on 12th April.