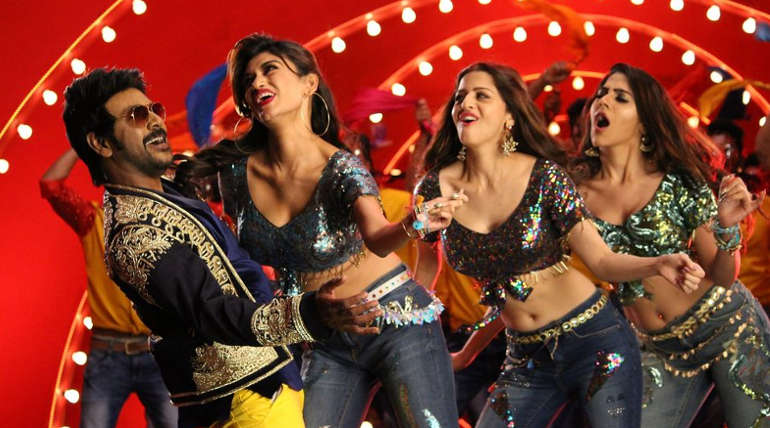 Raghava Lawrence's Kanchana 3 is a story of Kali, a ghost which revenges against a minister who murders him, his girlfriend and physically challenged kids in a home. He once again played as a innocent youngster followed by previous installments. Kalanidhi Maran financed this movie under their banner Sun Pictures along with Raghava Lawrance. The music score is by S.Thamman and none of the song is musically hit and background score is noisy.  Overall budget of the movie is 40 crores as it spend in CGI effects. Cinematography is by Vetri and Sushil Choudhary, then editing is by Ruben.

The same combo - Kovai sarala, Sriman and Devadarshini worked out in this version also as a horror comedy. The three heroines Vedhika, Oviya and Nikki Tamboli used for glamour. The film will surely hit with the audiences who liked the other three installment of this horror comedy franchise. Simply Kanchana 3 is a upgraded version in terms of production. This summer release find its big way of opening as it target family audience.

The movie already got positive reviews from social medias. This bilingual movie get leaked in Tamilrockers, a pirate web site which is huge threat to film industry. These kind of illegal websites leaks all the regional movies including Tamil, Hindi, Malayalam and Telugu movies as soon as it release in theatrical run. The domain is keep changing their link frequently to keep running the illegal piracy web site. Despite the government moves and the film industry protest, the illegal piracy web site is keep running makes a big question how it's so hard to stop this site. SAY NO TO PIRACY.