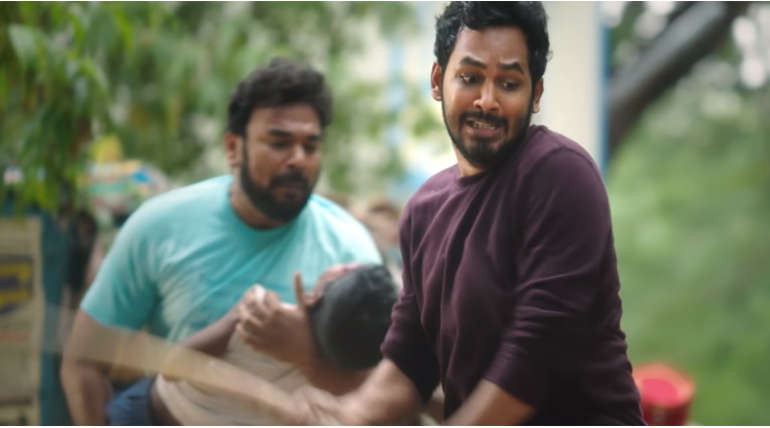 Natpe Thunai Literally can be translated as "friendship that save us" is an Tamil language sports drama film directorial debut by D.Partiban Desingu. Along with him Devesh Jeyachandran  and Sreekanth Vasrp have written the film's story, screenplay and dialogues. As a movie related to Cricket, Kanaa was released last December 2018, this film is based on hockey.

Hiphop Tamizha Adhi is in lead role after the successful debut in Meesaya Murukku which debut actress Anagha in female lead. Karu Pazhaniappan, Kausalya, RJ Vigneshkanth, Pandiarajan, Harish Uthaman, "Eruma Saani" Vijay in supporting roles. Hiphop Tamizha scores the music for the film and cinematography is by Aravinnd Singh and Fenny Oliver is the film editor. Sunder C and Kushboo under their banner Avni Movies produced the movie. The movie released worldwide on Thursday 4th April and well acclaimed by film critics and audience.

Tamilrockers leaked the move in their piracy website shocked the film industry. The full length movie in clear print leaked online illegally as soon the theatrical release will sure affect the box office of the  movie. Besides the commercial aspects, the hard work of the technicians and other coworkers are in question because of these kind of illegal actions. The steps taken by film Industry people should be severe and the action ordered by the courts also should be implement  practically. SAY NO TO PIRACY.