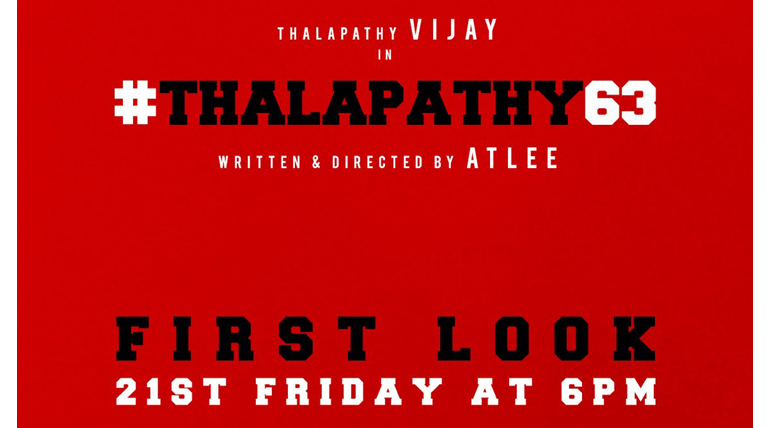 Vijay's Thalapathy 63 is to get the official title today. The first look poster of the film will be released today at 6 pm. This is a great treat for Vijay fans on his birthday. Vijay fans are in high expectations and excitements are overloaded for the FL release. A lot of fans made posters are viral on the social media pages.

Written and Directed by Atlee, the movie has AR Rahman music, Nayanthara as the female lead, Mersal fame GK Vishnu's camera and Ruben editing. Nayanthara is pairing with Vijay after 10 years of Prabhudeva directed Villu. The movie is all set for release on 27th October this year.

It is speculated that Vijay will be seen in a dual role and Nayanthara in a character named Angel. The film has Vivek, Kathir, Yogi Babu and others as supporting casts.  Produced under AGS Entertainment, the movie distribution rights are bagged by popular Screen Scene entertainments.

The wait will be over for Vijay fans for the title and first look today evening. Stay tuned for updates. 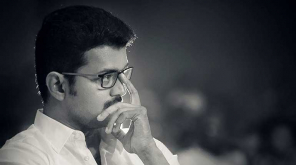 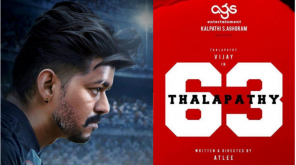