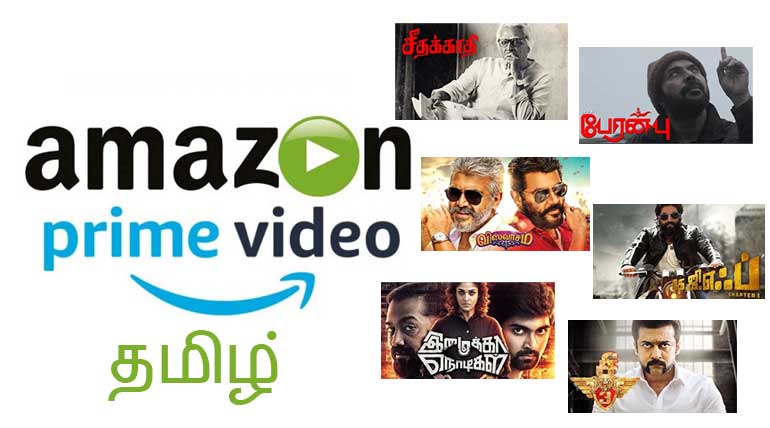 Upcoming Tamil Movies List on Amazon Prime India 2019: Amazon Prime has become the most popular online streaming Website and Mobile App in recent times. The service can easily be accessed through Android Phones,iPhones and all Smart TV's. The subscription for the prime video is just Rs. 1000 for Amazon per year, we can watch almost new movies in multiple released languages with subtitles. Sometimes Piracy websites leak High-quality prints with multiple variants online but most of the websites were banned by the Indian Govt. One major setback for Amazon Prime India is, not all the new movies releasing in theaters are having Digital release and it is the makers who should show interest in releasing their film in Online Platform.

The movies releasing in Amazon Prime will have a major reach among the audience and stronger the online streaming platform grows, wider reach and market of the film would surely improve to an extent that the previous eras of cinema were missing. The release of KGF Chapter 1 in theaters got good acclaim for the film while the digital release made it even more bigger giving it a gallery of the audience. This huge hype doubled the number of audiences waiting for the second part release and this is the sample of how online streaming is making impact ar box office too. Below are the recently released and upcoming Tamil movies in the Amazon Prime Video.