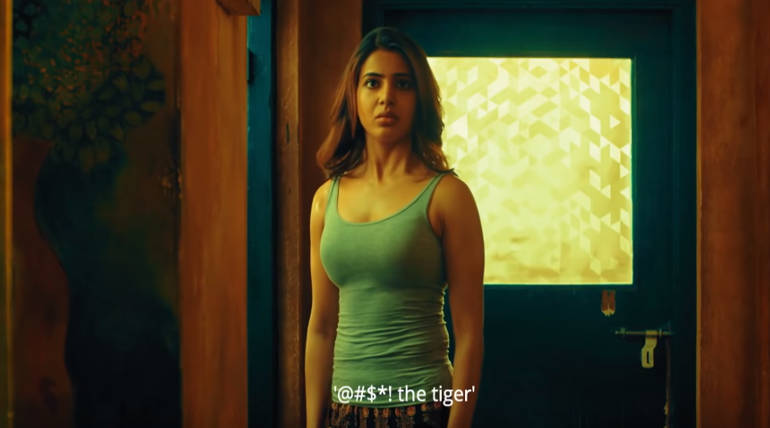 Chinni chris john: #SuperDeluxe is the best movie for this weekend it will remembered as one of the best movies of Tamil cinema this is my second favourite movie after KATHTHI my both favourite movies has one thing in common and that is @Samanthaprabhu2 the best actress of this generation

Sidhu: #SuperDeluxe: @thisisysr is truly the backbone of the film, handing out an eclectic score that is yet another hero in the narrative. @itisthatis' love for Ilaiyaraaja is also nicely stitched in with cover versions apart from the usage of yesteryear's chartbusters.

#SuperDeluxe: Hat tip to @VijaySethuOffl, @Samanthaprabhu2 and @meramyakrishnan. These are gutsy choices that not many would dare to take, and all of them coming in for the same film is a once in a blue moon occurrence. Awesome performances!

#SuperDeluxe: Mad, mysterious & mindful. This is Kumararaja's trippy tribute to cinema and life in full, letting his imagination flow without limits. Would call it a parts-greater-than-whole experience, it's a terrific effort to write and put this together!

#SuperDeluxe Interval: Crazy joyride with loads of intriguing characters and wicked situations, liking it so far. The lesser you know about it before watching it, the better. @VijaySethuOffl, @Samanthaprabhu2, Fahad and @meramyakrishnan - thank you for saying yes to this!

Vasan_Bala: Super Deluxe is a film that you binge watch. So loving shot and the BGM and sound design a glorious reminder of the 80s, Ilayaraja, SPB, Mithun and Bappi Lahiri! And of course love loss betrayal sexuality Universe atoms molecules God Human gender sex and black plastic bags

The film talks about the sex in a broad way. But it's not just for a pleasure of watching. @itisthatis is the gem. He is the gift to Indian cinema. The film is so original and equal credits should be given to co- writers of the film.

Yes I loved Aaranya Kaandam, but Super deluxe is beyond that. One of the BEST movie ever made in Indian Cinema. @itisthatis made a film on morality of life. Nothing is wrong, nothing is right. Each and every scene shows the cinematic brilliance of director.

The film talks about the sex in a broad way. But it's not just for a pleasure of watching. @itisthatis is the gem. He is the gift to Indian cinema. The film is so original and equal credits should be given to co- writers of the film.

Ashwin Saravanan: #SuperDeluxe - Laughs, gasps, nervous giggles, tears, awe. There isn't a note the film fails to hit. What ultimately stays with you is the tenderness in simple moments you find between the film's shocks and surprises.

#SuperDeluxe - More power to @ynotxworld for backing experimental films and getting the audience they rightly deserve. It was a lovely premiere.

#SuperDeluxe - @VijaySethuOffl is an acting monster and he proves it for the nth time. Vaembu is a giant leap in @Samanthaprabhu2 's career and she shines like a sparkling diamond. #Mysskin & @meramyakrishnan are the moral teachers. Bucks (#NKPK) is an intolerable demon.

Sudhish Kamath: He wanted to do #SuperDeluxe as a quickie & asked writers he loved to develop stories he had. But his passion is such that his quickie has taken him four years. The second script is his epic. The only way he can get it made BIG is if #SuperDeluxe works big! Make it happen, guys.

S Abishek: It is not aagaa. It is aagaadha gaagaa

At the mid point of #SuperDeluxe

Too many things to be talked about. This drama, this framing, this character arch, this dialogue and @itisthatis

Saiyami Kher: Watched #SuperDeluxe yesterday and I'm still stunned by how @itisthatis could think of all that he has in this Master piece. Great cast!

Don't want to say more, but if you are a film lover, DO NOT miss this film!

Padma Iyer: I don't know how to describe #SuperDeluxe. It is wierd, thrilling, funny, relevant, over the top, dark, emotional and so much more. @VijaySethuOffl you are brilliant @Samanthaprabhu2 love you @itisthatis what goes on in your mind man!!!

Chaithu_mviemaniac: #SuperDeluxe @itisthatis Breaks every rule in film making to present an experience that WOWWS you and makes you feel does film making necessarily have to follow a template

He says neither films or life have to follow s template

and life in one film! There is nothing wrong and right in life and cinema, says the filmmaker! Fantabuluous experience . @VijaySethuOffl @Samanthaprabhu2 #Mysskin @meramyakrishnan take a bow

Prashanth Rangaswamy: Hi @Samanthaprabhu2 - U can retire if u want from acting. You have reached your performance peak through #SuperDeluxe and it will be with you for a life time !! .

#SuperDeluxe - A guide book for film makers for another decade.

Halfway through #SuperDeluxe and I'm fucking blown away, and that's putting what I'm going through mildly.