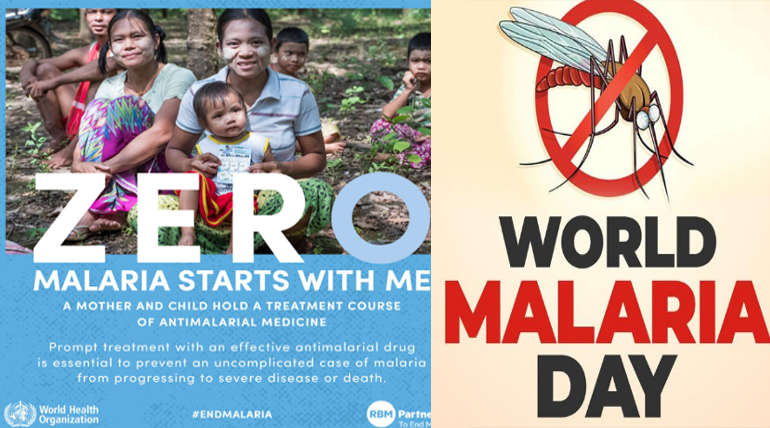 In Malawi, East Africa vaccination camps have been intensified for children to avoid deaths caused by malaria. Vaccination has been introduced for children under two years to prevent malaria, which is considered to be one of the deadly diseases. The vaccine known as RTS - S is currently being introduced in Malawi, East Africa. In the rainy season, there are many types of infections, including infectious diseases and microorganisms. In addition to Malaria, taipoytu, dengue, cikkunkuniya and other viral fever, colds are often caused.

The World Health Organization (WHO), which claims to have about 435,000 deaths per year, has now intensified this camp in Malawi. It also suggests that in Araparka, a mere 25,000,000 people are killed annually. In Malawi, which is considered naturally natural, three thousand people have been reported to have died from malaria. High fever,cold, headache, nausea, high sweat, pain in the muscles, diarrhea and stomach pain are the main symptoms of malaria. WHO on this World Malaria Day announced some prevention methods to prevent malaria from getting worse, as it is best to keep in mind that malaria can protect us from malignant infections.

To prevent them, malaria vaccinated for children in a camp at Malawa's health center. The camp will be introduced in the Congo and Kenya in the coming weeks. Malaria is considered to be life expectancy in some countries including Zimbabwe. RTS - S is the first vaccine detected to prevent this deadly disease. This RTS - S is considered as a benefit of 30 years of hard work. According to the World Health Organization, malaria infection has been significantly reduced in a study conducted with this vaccine for the past 15 years.