Adityanath Ordered To Add Ramji In Between Bhimrao And Ambedkar 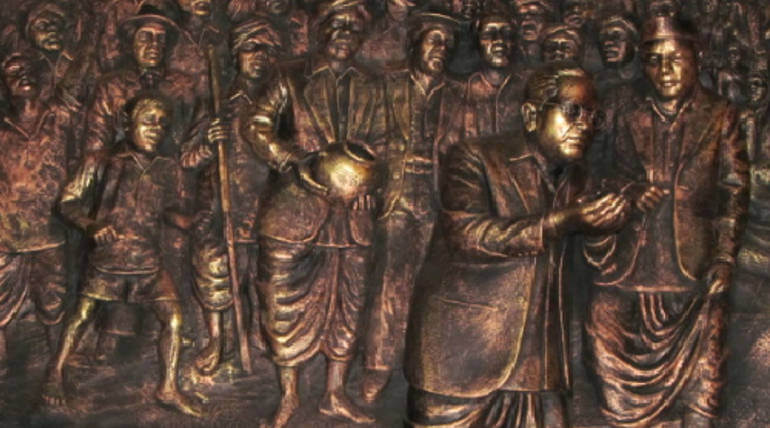 The Uttar Pradesh government has passed an order to add 'Ramji' between the Dr Bhimarao Ambedkar. From now the UP government had ordered to use Ramji as the Middle name of Dr Ambedkar as it is his father's name.

This is an unprecedented move by the BJP lead UP government but the movement is a follow-up motion that started by the UP Governor in December 2017. Previously Ram Naik, the Governor of UP since 2014 had written a letter to the Prime Minister and the Chief Minister of UP Yogi Adityanath to consider changing the name of Dr Bhimarao Ambedkar as Dr Bhimarao Ramji Ambedkar.

The director of Bahasahib Dr Bhimrao Ambedkar Mahasabha said that the main reason for changing the name is a custom. As per the common practice in Maharashtra the father name should be used as the middle name of a person. In addition to that, the spelling of his last name has also been corrected. While the last name spelling in English will remain the same as "Ambedkar" wherein Hindi it will be pronounced as "Aamedkar".

reports also claimed that the state government had submitted every record and document related to the name change in the Allahabad court and the Lucknow court and [passed orders to all its department to make changes in every documents and record that related to Dr B. R, Ambedkar.

The Uttar Pradesh Government had changed the name of the architect of Indian constitution and that has created a political uproar in UP. The Samajwadi Party of UP had raised its voice against the Adhithyanath lead BJP government that the party is trying to change its long-term perception that they were an anti-Ambedkar unit and trying to make politics to save the vote banks of Dalits for the upcoming elections.

Where on another side the RSS had completely denied the claim of the Samajwadi party and hailed the action of UP government.

Previously on the 126th birth anniversary of Ambedkar in 2017 Prime Minister Modi had said that the political parties are utilising Dr Ambedkar's name for gaining votes. He also said Creating an inclusive, strong and developed India that dreamed by Babasaheb is our aim".

Adityanath Ordered To Add Ramji In Between Bhimrao And Ambedkar