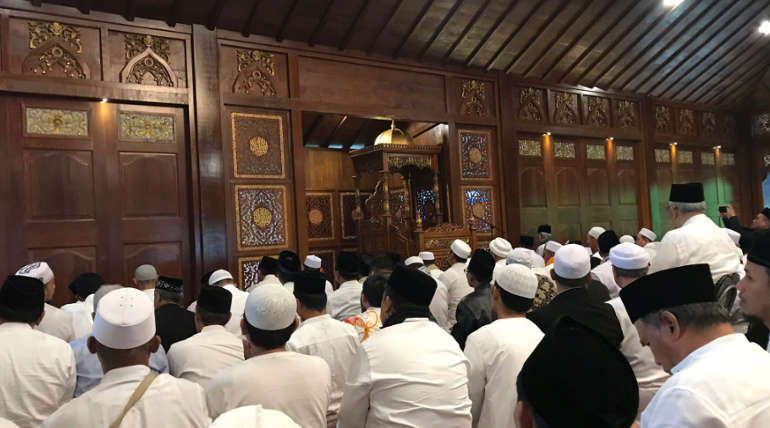 The Supreme Court accepted the petition filed to allow Muslim women to mosques across the country. The judges ordered notices to the central government, the National Women's Commission, to answer the matter. Yasmin Jubar Ahmed and Zubar Ahmad, a couple from the Muslim community in Pune, filed a petition in the Supreme Court. In the mosque in the holy city of Mecca, there is no gender, and all men and women who have faith are praying together.

Currently, women mosques are allowed only by Jamat-e-Islami and Mujahid. Women in the Sunny Division are not permitted. Although women are permitted in mosques, there is a way to come and pray. The men also have a loner. The banning of women is a violation of Article 44 of the Constitution. The petition was filed by Supreme Court  in presence of judges SA Potte, S.Abdul Nazeer came to the hearing today. Since we have been given a verdict in the Sabarimala case, we accept this petition.

Whether the petitioner has filed a petition against the personnel of the mosques and the management of the rights of equality. Constitution of Section 14 can be filed against the Government. Will the mosque be ruled, the church is government, the temple is the government? We do not speak as the mosque built by the cement and we refer to the people there. Asked if he could prevent another man from giving equal rights to a human being.

The lawyer opposed it. Then read what the Judges are in Section 14 of the Constitution. We do not know the section 14 you specify. As we know, the 14-year-old starts with 'a government can not deny citizens'. Judge Papette said that citizens can get relief from the state.At one point, the lawyer and women wrote several letters to Imam and they did not get permission. Women also asked police to enter the mosque.