Air Service Has Been Relaunched Again In Salem 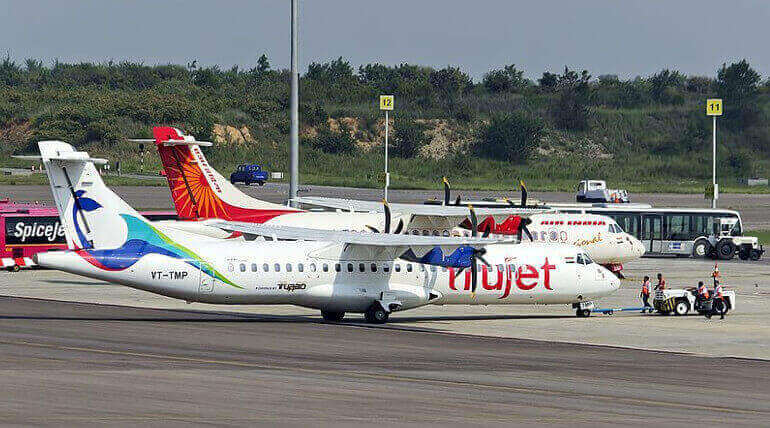 The inaugurates have landed in Salem runway on Sunday morning. As commenced by the Civil Aviation Ministry in December last year the service has been relaunched again under the Regional Connectivity Scheme of UDAN. According to the report a total of two flights in a day has been Scheluded by the AAI from Salem.

From this renewal, the Travel time of the Salem to Chennai will be reduced just as 50 Minutes. This renewal will also help a lot in the industrial development and travel facility in the districts around Salem like Dharmapuri, Krishnagiri, Erode and Karur.

The service has been undertaken by the Truejet air service that based in Hyderabad. The Truejet was a privately owned air service agency that formed in 2015 mostly operating for middle-class air travellers by offering them a low-cost air travel. Currently, the Truejet is operating in Six southern states like Andhra Pradesh, Goa, Karnataka, Maharashtra, Tamil Nadu and Telungana using some ATR 72. a low-cost twin jet turboprop usually carries up to 100 passengers.

The Salem Airport was constructed in 1993 near Omalor town, a town that situated in the northwest of the Salem City on the Bangalore to Salem national Highway. The Airport was originally planned for Vayudoot service with help of Small aircraft. But the Air Service has been withdrawn in 2011 as it failed to attract the people for air service.

After the renewal of the Salem Airport, the new air travel prize seems more impressing that one can make a flight from Salem to Chennai in just Rs. 1499 within 50 minutes of air travel.

Air Service Has Been Relaunched Again In Salem