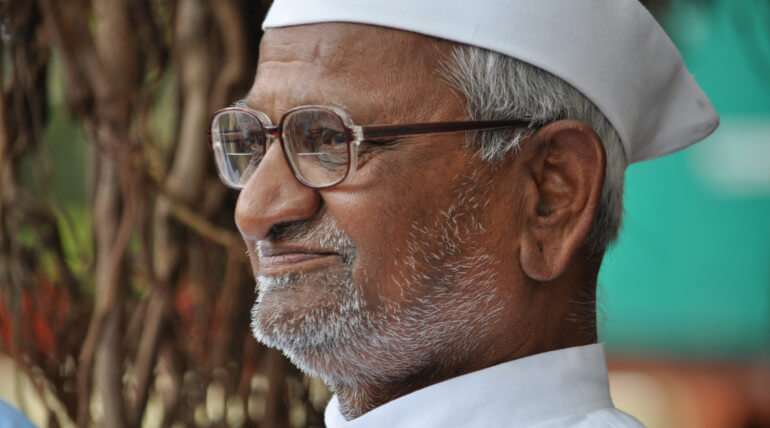 Almost after seven years Anna Hazare again started his battle to remind the central about its promises on Lok pal and Lokayukta.

Anna Hazare put down his hunger strike in 2011 when the UPA government had promised for the Gandhian for forming the Lokpal in central and Lok Ayuktha in states.

The Gandhian, who recently accused PM Narendra Modi that he is not so serious about the Lokpal addressed the press before launching his hunger strike today on March 23 again in the Ramlila Maidan. He said that the government had cancelled the trains that prepared to carry protestors to Delhi. Police Protection has been arranged by the government but he said he already wrote a letter that he doesn't need any police protection and it won't save him unless the government action.

Anna Hazare paid his tribute at Raj Ghat on Friday Morning and started his fasting by demanding the central's action over implementing Lokpal and Lok Ayuktha. He said that he had chosen the day March 23 because of a purpose as this day is a notable date for Indians as Bhagat Singh, Rajguru and Sukhdev were hanged by the British government.

He also said that he was sitting calm for almost three years to meet the heads of BJP regarding the implementation of Lokpal and Lokayukta.

In 2011 he sat for a confirmation for curbing corruption, now he sat for implementing the same again after seven years.