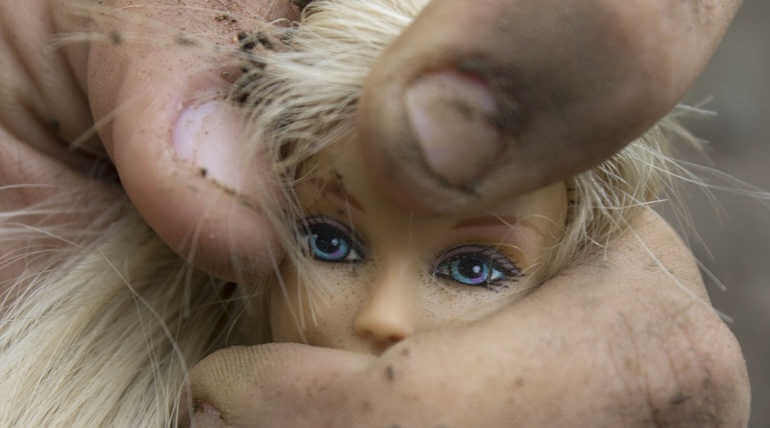 A 29-year old woman was attacked at her back head with a blade by a man and the bleeding woman was rushed to Chrompet Hospital by nearby residents in Pallavaram.

According to the recent reports, Surya Prakash was a temporary staff in Chennai Airport and the Trichy native woman Indhu was working and staying in nearby ladies hostel in the same area. It was said that the Indhu and  Surya Prakash were in contact with each other for last one year. On Tuesday, after finishing her day's work, the woman was asked to come to Cantonment Park near Pallavaram Railway Station by Surya Prakash.

It seems that Surya Prakash had a doubt that the woman was talking with some other person and betraying him. So, he grabbed Indhu's cell phone and checked it. Following the verbal dispute between them, the woman was trying to leave the spot, but unexpectedly, Surya Prakash took a blade and hit at her back head and escaped.

Hearing the screaming sound of the bleeding woman, the nearby residents arrived and took her to Chrompet Hospital while Surya Prakash was arrested by Pallavaram Police and the investigation was in progress.

In a Press Meet, the investigating police officer said that Prakash and Indhu were in love relationship for one year and due to Prakash's doubt in Indhu's activities, Prakash hit her with a blade. The timely action of nearby residents saves Indhu's life if not she would be in danger.

This incident took place exactly after two weeks of the attack on a 20-year old girl Ashwini by her school friend Alagesan in an afternoon in KK Nagar. Alagesan was asking Ashwini to marry him and pretending to murder himself with a knife if she doesn't marry. Since the girldenied his proposal and ignored his actions, Alegesan attacked at her neck with the knife unexpectedly and the girl was taken by her friends to a private hospital.