Vikram Singh Raja, Tamil Nadu Vanigar Sangangalin Peramaippu President announced a one-day bandh all over Tamil Nadu on April 3 to protest against the Centre for not constituting Cauvery Management Board. About 21 lakh shops shall be closed on the particular day. He added that people would purchase the necessary items on April 1 and April 2 and hoped that people also shall support the bandh. However, basic commodities like Milk, Newspaper shall be available for sale.

Pattali Makkal Katchi (PMK) had earlier suggested the Vanigar Sangam in Tamil Nadu to conduct a bandh on April 11 but once for all, it is scheduled on April 3 according to our Vanigar Sangam discussion held on March 29. Vikram Singh Raja also clearly stated that there is no connection between our bandh and ADMK's hunger strike on April 3.

In an interview with Tamil Nadu Medicines Merchants Association General Secretary Selvan, he said that about 35 thousand medical shops are available all over Tamil Nadu and no shop will be opened on April 2 from morning 6 AM to evening 6 PM in order to protest against the Centre regarding Cauvery issue. So, he requested people to purchase the necessary medicines before April 2 and also asked for support from all pharmacy merchants. 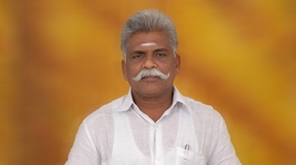