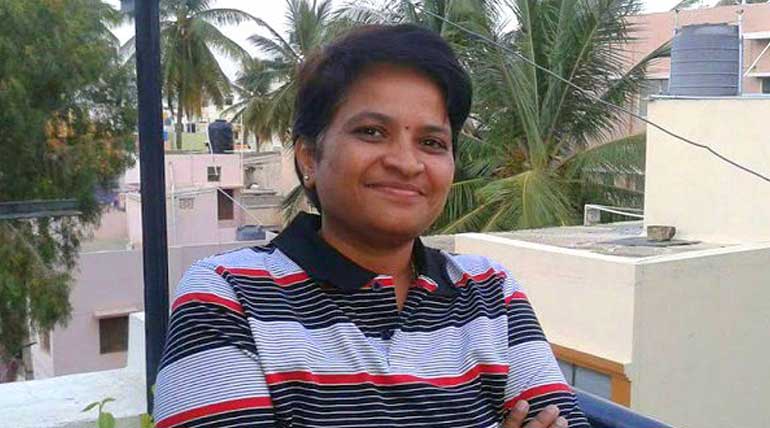 Bengaluru First Lady Cab Driver Found Hanged, It is Bharati Veerath (39) who is known for the first lady cab driver was found death in her house. This woman achiever was hanged to death in her third floor rented house in an apartment. She had stayed alone in her house at Sanjayanagar in the city. The incident was known first to her landlord who found her cab abandoned and she was not there. He went to her house on third floor and found her hanging through the window. The suspicious circumstance is she was found hanged in the unlocked house.

The landlord informed to the police and they rushed to the spot. The police said the door was tightly closed but unlocked. There was no suicide note left by victim. Police began investigations registering it as a case of suicide. Bharati was living in the city for past 10 years. Her landlord said she had a plan to leave for her hometown at Andhra Pradesh. She had sought for the transfer of gas connection and also informed employer about her resignation.

She had been worked at NGO before taking driving as profession. Earlier she did tailoring and quit it to join Sangama NGO. She learnt driving who working there and she joined all woman cab service before joining with Uber in 2014. Two years ago she had made headlines after joining Uber. She is recorded as first woman driver at Bangalore. She came to Bangalore at her age of 28 and strived harder to reach heights. She was very fond of owning a car and always dreamt big that made her achieve her goals. But this did not last forever she had again made headlines by losing her life. Why she had too this extreme step is unknown.