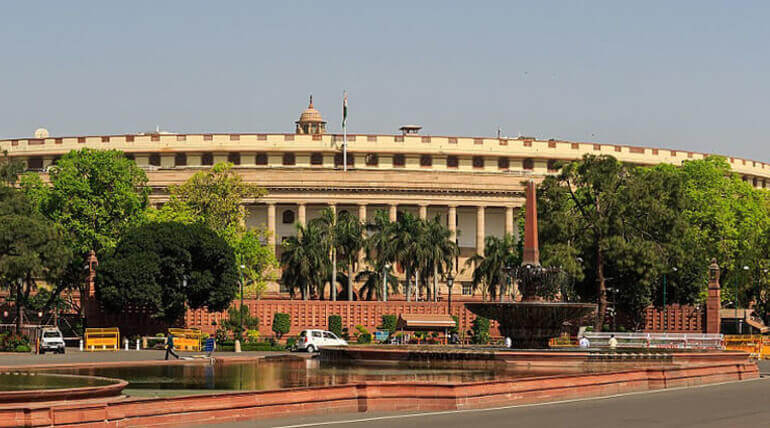 17 BJP MPs, 14 Congress MP's and 27 MP's from regional parties were retiring from Rajya Sabha, thus making 58 seats vacant by next month. Rajya Sabha Elections were held recently to fill these 58 vacant seats from the states including Uttar Pradesh, Bihar, Rajasthan, West Bengal, Madhya Pradesh, Maharashtra, Gujarat, Telangana, Karnataka, Andhra Pradesh, and some other states. At the end of vote counting, BJP wins 29 seats against its 17 retiring MPs thus gaining 12 seats making a total count of 70 MPs in Rajya Sabha and attaining a strong position. Contrary to this, Congress wins only 9 seats against its 14 retiring MPs thus losing 5 seats and letting its grip weak. It is again a death blow for Congress which was already left with only 4 ruling states - Punjab, Karnataka, Mizoram and Meghalaya.

The ruling Telugu Desam Party in Andhra Pradesh had 6 Rajya Sabha seats and due to its alliance break with BJP recently, it has become a slight setback for BJP in Rajya Sabha. Also, BJP’s another opponent Akhilesh Yadav (Samajwadi Party) was backed by Mayawati’s BSP party in UP Rajya Sabha Elections, thus doubting the expected wins for BJP from Uttar Pradesh and making curious about the election results.

Reportedly, BJP already had enough MLA’s to send 8 MP’s to Rajyasabha from Uttar Pradesh but BJP lagged 9 MLA votes to get another MP win from the state. So, it extended support from its allies to win its 9th Rajya Sabha MP. UP Chief Minister Yogi Adityanath's efforts proved fruitful in getting the lagging MLA votes and Cross-voting was reported in Lucknow today. Anyhow, finally, BJP has won 9 Rajya Sabha seats thus defeating the opposing Akhilesh-Mayawati alliance in Uttar Pradesh. According to the recent reports from BJP sources, the bills which were passed in Lok Sabha by Modi government were stalled in Rajya Sabha by the Congress and its allies. BJP was struggling for the last 3 years to clear bills in Rajya Sabha due to lack of majority seats and supports. But now, BJP holds a large number of MPs in Rajya Sabha as a single party.