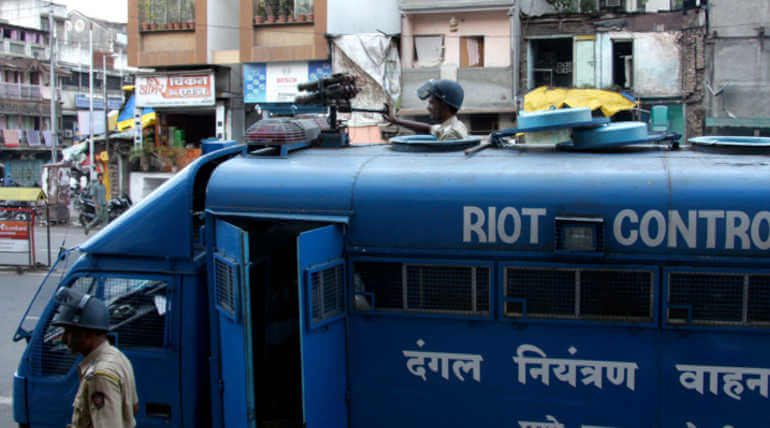 West Bengal Imposed the 144 after a fresh violence agitated.

The West Bengal government had launched a new curfew to the Asansol of the State after a fresh violence started to agitate on Wednesday. In the meantime the centre noded the WB government for a report about the violence and arson that staged across the state.

A huge violence erupted out in West Bengal on Monday after a disruption in the Ram Navami procession in the Asansol's Raniganj passed a mosque. According to the reports, Some processioners started slogging loud outside a Masque when the celebration passes the way. Police officials approached the celebration and started controlling them but ended up in confronting with them.

A lot of vehicles including a DJ sound surround system vehicle that to be considered as the primary base of the ruckus and a police vehicle have been burnt by one group. Other than vehicles many shops were also looted out and set ablaze by the mobs. It is also reported that two people have been killed on Monday agitation during the Ram Navami procession that celebrated in many parts of West Bengal from Sunday.

Later the violence has been brought under control by deploying additional forces in the region. The police department had reported that they were arrested almost 14 mobs so far as they insisting the violence by utilising the Ram Navmi.

The Center had processed out battalions of police forces to control the violence in WB. The centre also passed a letter to the Chief Minister of the state Mamtha Banerjee to explain the cause of the agitation and safety measures that taken by the government to control the violence and details of the incidents that staged on for past two days.

Mamtha Banerjee said the press that some miscreants have utilised the celebration of Ram Navami to create a ruckus. This is West Bengal we celebrate Durga Puja, Kali Puja and Ganapathi Puja and on another side, we also celebrate Christmas and Ramzan. Troublemakers will have no place in WB, Mamtha said.

This time some leaders of the Trinamool Congress had joined the celebration of Ram Navami that was never been a major festival in WB. The festival has been celebrated to worship the custom weapons like Swords and Tritons. Even though the police had not permitted any orders to the celebration it has been sword-wieldingly celebrated widely by some political parties backed organisations.

It is also reported that Locket Chatterjee who is a woman's wing wise president of BJP in WB, an actress turned politician has been arrested by the police for allegedly heading an armed Ram Navami Procession.