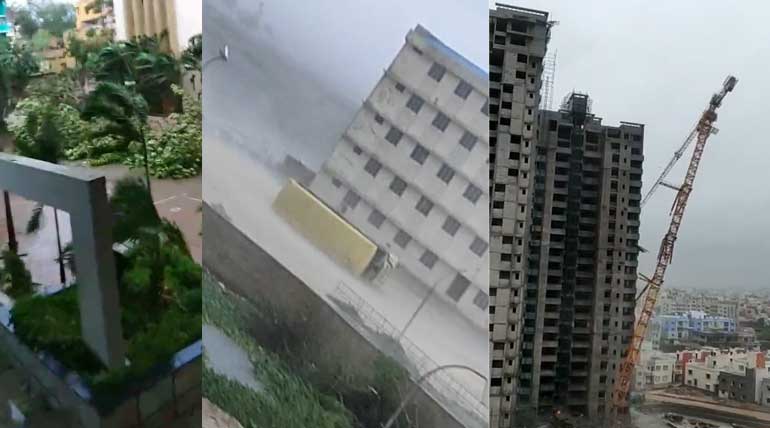 Cyclone Fani shatters East coast of India. It is being discussed with great importance because of its strange behaviour, strength, and route chosen. This extremely severe cyclone has formed below Sri Lanka. It gained a lot of moist from the sea to hit the landmass. Usually, the cyclone that emerges in the east coast of India during April and May is not very strong when compared to the cyclones that form from October to December. Unlikely, cyclone Fani has become very strong.

The reason for its strength can be put in two ways. A vast sea area stands as one of the reason for the cyclone to get strength. Usually, the cyclone on the east coast will form in the Bay of Bengal where the distance between the land and sea will be a few hundred kilometres. But, Cyclone Fani's origin point is well below the Sri Lankan landmasses. It got access to a large sea space and thereby gained a lot of moist traversing a long water distance before entering the land. It was about to reach the Northwest part of India, but in midway, it changed its route and reached the northeastern lands of India. This gave the cyclone additional time on the sea, making it even stronger.

It is usual when a cyclone forms in this area (2-degree latitudeâ€”below the land mass of Sri Lanka) the cyclone will reach the northwest. A thumb rule for cyclones is to get stronger, the longer it travels in the sea. We got it to see it in the case of Fani.