External Affairs Minister Confirmed the Execution of 39 Indians In Iraq 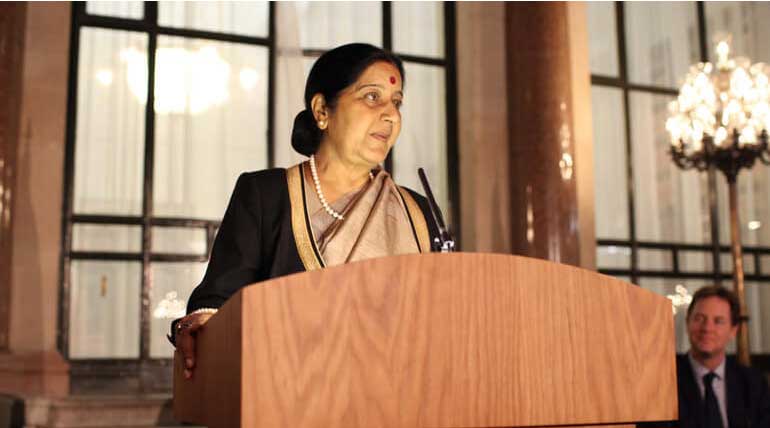 The External Affairs Minister Sushma Swaraj had declared that the 39 Indian construction workers who were abducted by the ISIS insurgents in 2014 were executed. The death of the 39 Indians has been confirmed by the Iraquian government through the DNA test.

In 2014 almost 40 Indian construction workers have been abducted by the Islamic State insurgents along with few Bangladeshi contract construction workers. They were working on a government construction project at Mousal, a second largest city of Iraq. They didn't get any chance of fleeing the place when the Mousal city was captured by the Militants and thereby they have been taken by the ISIS as hostiles.

On March 20, 2018, Sushma Swaraj said that according to the radar information from the Mousal region they have found a mound that contains buried human corpses. Later the corpses were exhumed and sent to a lab in Baghdad for DNA recognition. Unfortunately, the DNA recognition had reported that the DNAs of the all the Corpses they have exhumed were 70% matched with the DNA samples given by the Indian government.

Sushma Swaraj has pointed out their identities on Tuesday that most of them were hailed from Panjab and few of them from Himachal Pradesh, West Bengal and Bihar. She continued, General VK Singh had flown to Iraq to bring back the mortal remains of those Indian construction workers back to their family.

She answered a question on Lok Sabha in 2017 about the death of 39 Indians in Iraq. she said that she regrets to declare those Indians as dead without any solid evidence. She added that it was a sin to declare anyone dead without any proper evidence and she was not prepared to do that ever.

External Affairs Minister Confirmed the Execution of 39 Indians In Iraq