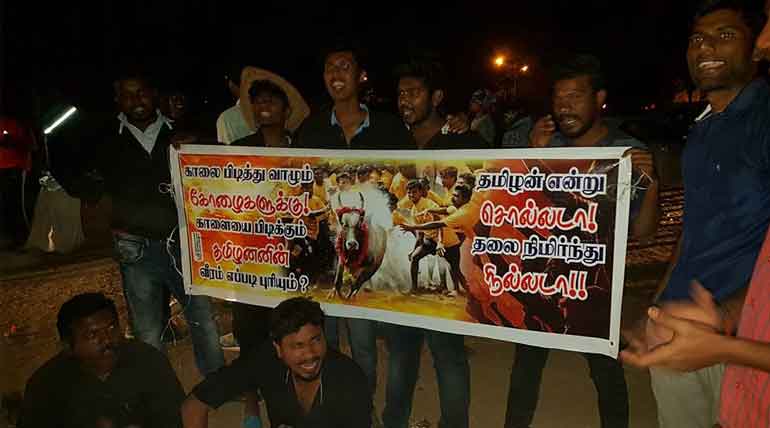 Several youngsters participated in Jallikattu rally that took place in Chennai that was organized by a group of non-political and youth organizations. There were about 10000 people gathered in the Marina beach. Thousands of software professionals and students from colleges participated in the event.

It was a great effort done by the young groups and there were no political parties involved in it. The jallikattu supporting organization also joined the movement. Several people were gathered by the joint effort of various organizations through social media like WhatsApp, facebook and twitter. The peaceful march is carried out at Marina beach in support of Jallikattu.

Kamal Haasan who supports Jallikattu always today said 'Jallikattu is not bull harming it is a bull taming. If you do not like Jallikattu, do not have biryani'. He is a great lover of this sport.

Jallikattu had been banned in the state in 2014. The central government lifted the ban by removing bulls from the list of animals that cannot be used to performance in sport. Several activists are very active to get hold of our traditional sport Jallikattu.

The real conspiracy had been explained to press by managing trustee of Kangeyam cattle research foundation, social activists and lawyers in simple term. Watch here.