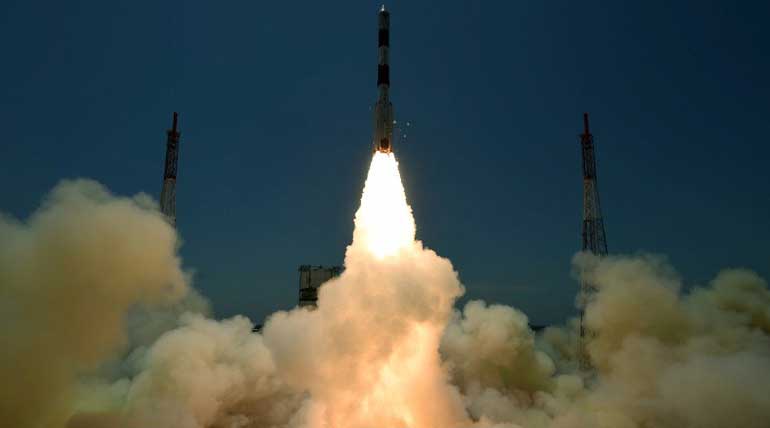 The 48 hours countdown started on Monday and today they launched successfully. PSLV C34 successfully injected 20 satellites into the orbit. Earth observation and Imaging satellites from 17 foreign satellites, India's Sathyabamassat and Swayam satellites were injected by the mission. It was also success in injecting Cartosat-2 series.

It is a biggest single mission launch in India. It had achieved 100 percent success in launching foreign satellites with low cost. It is 60% cost lower than foreign space agencies.

Since 1999 India had launched around 57 satellites of 20 countries. As per ISRO, the weight of this 20 satellite mission is about 1,288 kg. Students from Pune and Chennai institutions were also involved in key roles making satellites.

Prime Minister Narendra Modi was very excited at the moment and wished the team.

He had also included

'Over the years we developed expertise & capability to help other nations in their space initiatives. This is the skill of our scientists.

Saw with immense joy that students from institutions in Pune & Chennai played a role in the making of satellites. This touched me.

As a common citizen, was totally immersed in happiness to see our youngsters excelling & taking so much interest in science

Witnessed with immense pride and delight the brilliant moments on TV & took photos for my Instagram account.'

20 satellites in a go! @isro continues to break new barriers. Hearty congratulations to our scientists on the monumental accomplishment.

Our space programme has time and again shown the transformative potential of science & technology in people's lives.