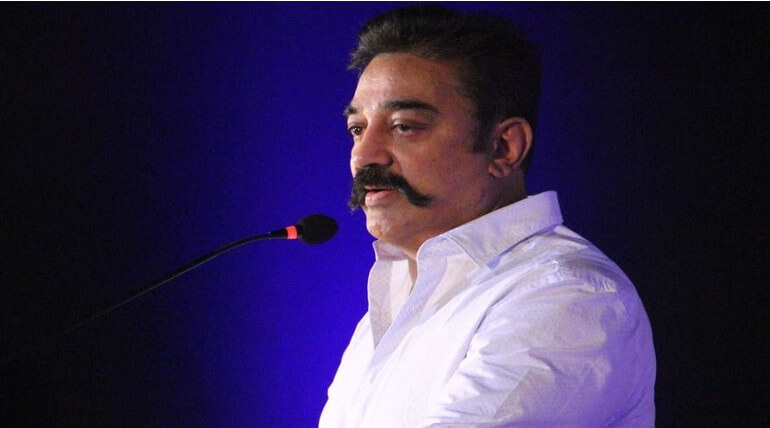 Kamal Hassan, South Indian superstar and political leader of Makkal Neethi Maiyam party in Tamil Nadu was seen in Chennai Airport on Friday evening when he was heading to Mumbai to attend a function where he would be meeting the International fame Dunkirk director Christopher Nolan on Saturday.

In a press meeting on Chennai Airport, Kamal said we are subjected to struggle for Cauvery water in Tamil Nadu. TN Govt should resign and sacrifice for setting up the Cauvery Management Board. It has to pressurise the Central government regarding the Cauvery issue through political means. Whatever the political based pressure provided by the state government shall be appreciated. Someone from his party shall be participating in DMK's All Party Conference for protesting the failure of Central Government in constituting the Cauvery Management Board (CMB).

Earlier, Kamal Hassan told in a press conference on Thursday about the Tamil Nadu people's requirement of Cauvery water and requested the Prime Minister Narendra Modi to set up the CMB immediately by pointing out that PM has all the authority to solve the issue. Kamal also slammed that Centre eyes on political gains in the upcoming Karnataka Elections and so it delays. Kamal had also asked for an appointment with Chief Minister Edappadi K Palaniswamy to discuss this issue.

When asked about the ADMK MP's statement in Rajya Sabha, Kamal told that if the MPs resign as they mentioned he would congratulate them. Meanwhile, his co-star Rajnikanth also tweeted that the establishment of CMB is the only solution accepted by all.

Ever since the February 16 verdict by Supreme Court that tells that the panels for Cauvery issue shall be constituted by the Centre within six weeks, there were many protests from farmers, political parties and people of TamilNadu against the Centre for not implementing SC order and also the deadline (March 29, 2018) has been already crossed by the Central Government. Now, the opposition party DMK has called for an all-party conference to protest against the state and central governments and the ruling ADMK shall go on fast on April 3 demanding the Centre to set up CMB. 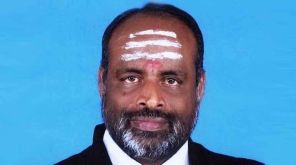