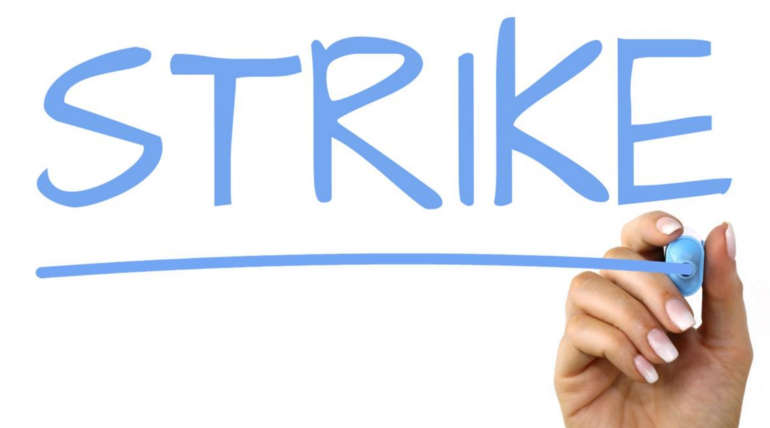 As announced previously Kerala Step posed out a 24 hours complete strike for marking the opposition against the centre's new labour law that proposed on March 16, 2018. The Industrial Employment law, the law that aid permission to the employer to override the permanent nature of the employment that results in negative job security.

Almost 16 Trade Unions have stepped into the strike from the zero hours of April 2, 2018, on Monday. Trade Unions like CITU, INTUC, AITU, STU, HMS and many other trade unions joined together under one roof called United Trade Union to stir up the shutdown. Almost every trade unions of the state extended their support to the strike except the (BMS) Bharatiya Masthoor Sangh, the union that supporting the BJP. BMS had not taken part in the strike of trade unions is to be noted.

As the trade unions are under strike the Kerala government had circulated orders for the closure of colleges and schools. The government had also postponed the university exams that planned to conducted by today. It seems the normal life of the state has been punched out a little as no public and private transports have made the road.

It is also expected that the Trade Unions in the capital of the state Thiruvananthapuram were planned to march towards the governor building and it is also informed that the union members will siege the central government building and offices in other districts of the state.

As per the source, most of the shops were kept closed from the dawn and transportation between the neighbouring states have also been suspended for a day. Auto-Taxi workers and BSNL workers have also joined in the protest. As a result of the strike, the civilians of the state ended up in staying behind the doors locked.

Many of the busiest roads and streets seem totally deserted and the government had deployed police forces with a caution of violence.