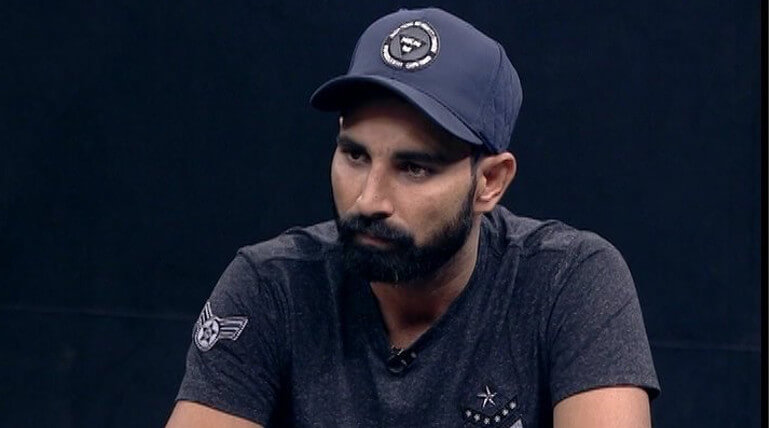 Shami got hospitalized after his car collided with a truck.

Indian cricketer and fast bowler Mohammed Shami has been hospitalized in Dehradun and got stitches in his forehead.

Reports confirmed that Shami's car has collided with a truck in the highway while he was on his way back to Delhi from Dehradun. The reports said that his car lost control and dashed sidewise in a truck on Sunday Morning.

He was currently admitted to a hospital in Dehradun with few stitches on his forehead and kept under rest by the hospital management.

Recently Shami used to hit the headlines of the Indian newspapers after his wife Hasain Jahan tossed a police complaint about Shami for domestic violence, extramarital affairs and match-fixing issues. However, Jahan's claim on Shami's involvement in match-fixing has been declined by the BCCI.

Mohammed Shami has been booked under some non-bailable sections and some bailable sections following the complaint of his wife Hasain Jahan. Jahan also claimed a murder attempt over Shami and his family members.

Reports from Dehradun cleared the suspicion that Shami had only some minor injuries and he was adviced for a complete rest.