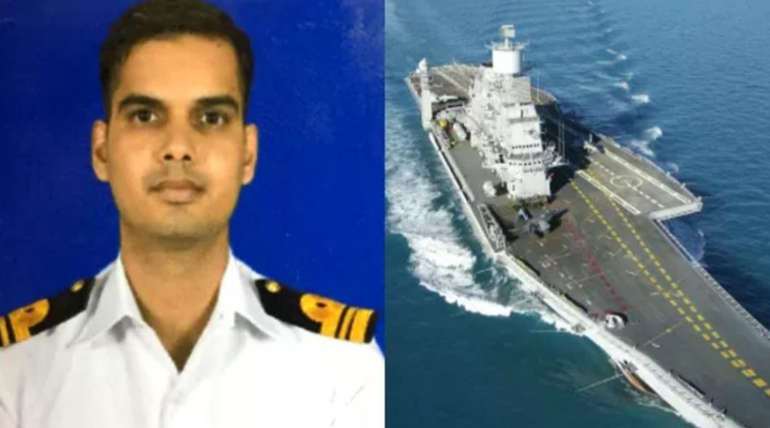 New Delhi: A 30-year-old Bahadur Naval officer was killed on Friday by fierce fires in the aircraft carrier INS Vikramaditya. INS Vikramaditya is one of India's largest warships. The incident took place when the naval officer was entering the harbor located in Karwar, Karnataka. The navy said that due to the "critical efforts" of Lieutenant Commodore DS Chauhan, the fire could not cause major damage to the fighter capacity of the 4,445,000 tonne vessel. DS Chauhan, resident of Ratlam, Madhya Pradesh was married last month. His family has his mother and wife.

Naval Chief Admiral Sunil Lamba said in his condolence message, "We salute his courage and duty and will make every effort to ensure that his sacrifice is not useless. We will always and always stand with their family." In a statement, the Navy officer said, "Fire broke out on Friday morning in INS Vikramaditya when the vessel was entering the harbor in Karwar." In a statement, the Navy said, while taking a quick step, the vessel's crew managed to control the fire, thereby causing no serious damage to its combat capability.

The order of a 'board of inquiry' has been ordered to investigate the reasons for the incident and in what circumstances it took place. The navy said, "Lt. Commodore DS Chauhan bravely led the efforts of fire in the affected apartment. The fire was overwhelmed, the officials became unconscious due to the flames and smoke. He said that he was immediately taken to a naval hospital at Karwar for treatment. However, his life could not be saved.