Next To Sachin Virat Kohli Gets A Wax Statue 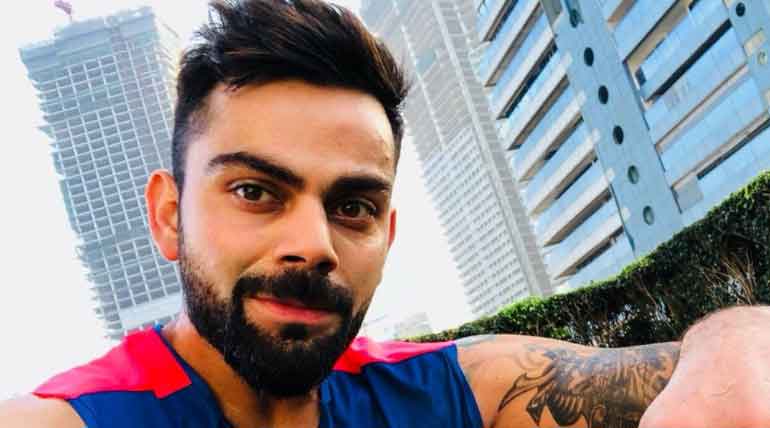 The London based museum which is world famous also have its incorporations in major cities of Asia, Europe, North America and Australia. Figures of famous celebrities in film Industry, Sports, literature, Music, History etc... were waxed in these museums.

The Delhi Madame Tussauds museum which was incorporated in Delhi in 2017,  already has the wax statues of famous sports personalities like Kapil Dev, Sachin Tendulkar, Christiano Ronaldo and Lionel Messi. Now, Virat Kohli will join their cricket seniors and made his presence as a 23rd attraction to the Delhi Madame Tussauds wax museum.

An expert team from London has met Virat Kohli recently to measure the size and shape of Virat Kohli's face and body structure and took about 200 measurements to create an accurate image. In connection to this, Virat Kohli said he felt honourable to be chosen at Madame Tussauds and thanked the museum expert team who patiently measured his structure and he added that it was a great memory for him.

Virat Kohli, the 29-year old cricketer had made several achievements and created records in national and international level One day and Test Crickets. He was already honoured by Indian Government by providing Arjuna Award in 2013 and Padma Shri award in 2017 and also named as ICC World Cricketer of the Year 2017. Above all, he is now the most valued sports brand in India.

Interestingly, Virat Kohli's wife Anushka Sharma has been recently listed in Forbes 30 under 30 Asia List to become the only Bollywood actress in the list.

Next To Sachin Virat Kohli Gets A Wax Statue