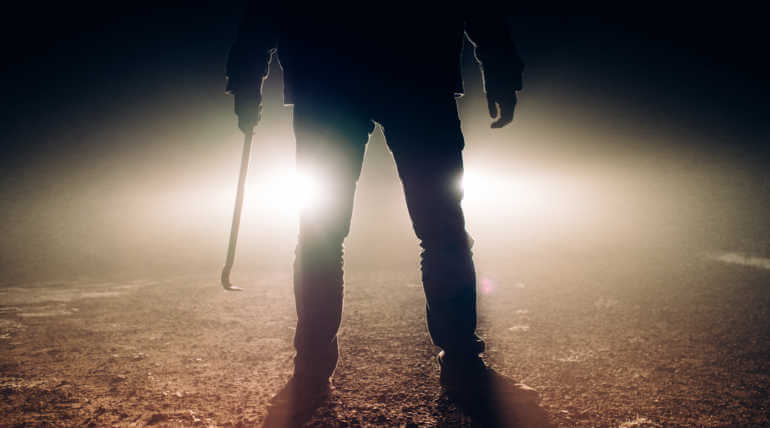 A Police officer in Chennai has been attacked brutally by three miscreants while he is on patrol duty on the late hours of Tuesday. Thirverkaadu police unit has nabbed those three miscreants on Wednesday morning and reported the press that they are  Panneerselvam, Sathish Kumar and Ranjith those who are already marked for some daring crimes.

The police officials reported the press that the accused Panneerselvam was already pinned by the police department under wanted list for his hands in two murder cases. Now those three were locked down and filed a charge sheet in Poovirundhavalli police station.

Anbalagan a police constable who was working in patrol last night near Poovirundhavalli of Thiruvallur used to stop a motorbike that riding with a two pillion riders. Anbalagan tried to call up a backup when those riders answered his question in a paradoxical way. But suddenly those miscreants started to attack the constable and made a deep scratch with a sickle-like weapon that also looks like a butcher's knife.

However, Anbalagan managed to flee the spot from the brutal attack and later those miscreants left the spot on the same motorcycle. The whole crime scene has been recorded by a CCTV and that too has been recovered by the police team thus lead them to nab the criminals.

This daring attack on a police officer had made the stress even worse while it is already the police department in big worry for cop suicides within a month.

Recently Arunraj from the Armed Reserve Police unit shot himself to death while he posted to guard the memorial of former Chief Minister Ja. Jayalalitha.  The department is still messing up to find the reason for his death as they know that he was not even stressed about his job.

Sathis Kumar, another police officer who served as a Sub-inspector in Ayanavaram police unit shot himself to death with his own service revolver due to the job stress. Following this cop suicides, the police department of Tamil Nadu lifted up a stress management programme for cops across Tamil Nadu.

Now, this daring crime over a cop has just boosted up the police department's agitation over rowdies and criminals of Chennai. Previously Chennai police department has staged a mass rowdies catch during a birthday party of dhadha named Binu is to be noted.