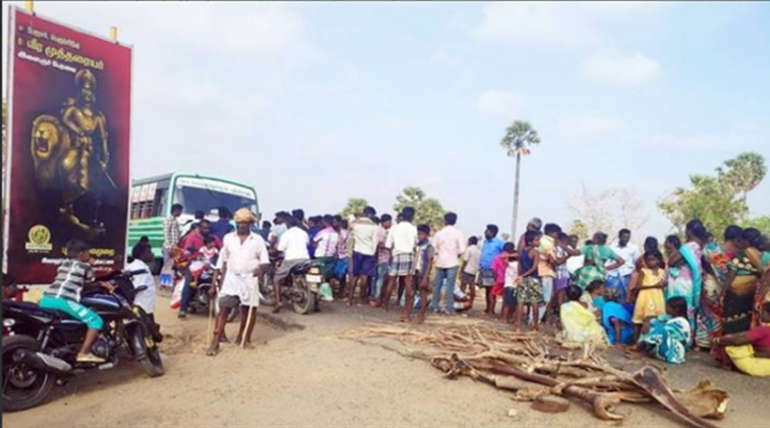 They were involved in the fight that they did not arrest the scandal. At that time, some policemen were wounded when they stormed the police station and police vehicles. The incident took place after the police car parked there were damaged. In addition, the road blockade was held in various villages of Pudukottai. The riots were spread in the districts of Sivaganga and the police were concentrated. In the meantime, Kugan, a Kodamangalam villager, was arrested in Thanjavur district where the photo was spreading.

The police, who presented him in the Pattukottai court, are searching for Marimuthu from Keeranur. At the same time, information has been reported that the police have written a letter through whatsapp. In this situation, more than 500 people protested in Aathipatti in Virudhunagar district, insisting on the arrest of those who were released the audio. Traffic was occurred. The informed police dissolved compromise negotiations with them. However, the police are continuing to patrol the work.