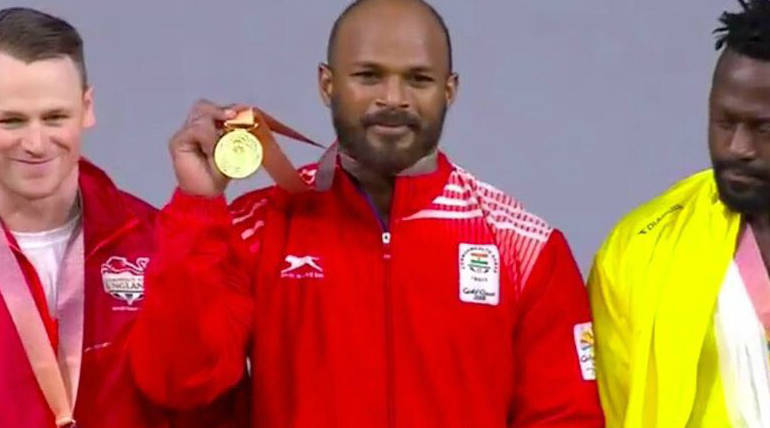 In his Twitter page, President Ram Nath Govind has recently congratulated TamilNadu's Satish Kumar Sivalingam for bagging a Gold in Men's 77 kg category of Weightlifting. It is the third gold for India in the 21st Commonwealth Games that had already started on April 4, 2018, in Goldcoast, Australia.

Indian Weightlifters are rocking for the third day. On the opening day of CWG 2018, Saikhom Mirabhai Chanu from Manipur working in Indian Railways opened the gold account in weightlifting while Gururaji who is an Airforce Aircraftsman from Karnataka bagged silver medal for India.

In these circumstances, Tamilnadu Deputy Chief O Pannerselvam tweeted that Vellore based Satish Kumar Sivalingam brought fame to TamilNadu and wished him to continue the victories in future. Opposition leader Stalin also tweeted that the 2nd Gold win by Satish Kumar Sivalingam in Common Wealth Games brought name and fame to Tamil Nadu and India and wished his dream come true in Olympics too.

Sivalingam's mother Deivanai said that his son was suffering from leg pain but he was determined to excel in CommonWealth Games. Sivalingma will be receiving the price of Rs. 50 lakhs from TamilNadu Govt.

Weightlifters continue to make us proud on Day3 at #GC2018. Congratulations to Sathish Kumar Sivalingam for bagging the Gold in Men's 77Kg #PresidentKovind