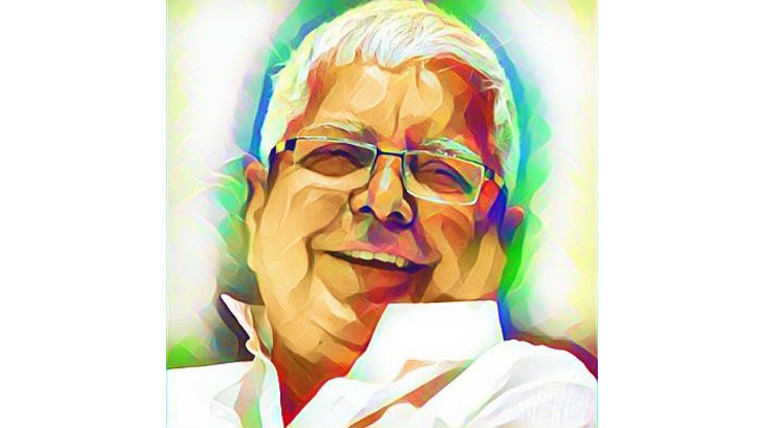 The Ranchi special Court had pronounced another seven years jail for Lalu Prasad Yadav, the former Bihar Chief Minister and the Leader of RJD.

While already the Ranchi Special Court had awarded jail sentences for Lalu in his previous three fodder scam cases. Now again the court had added seven years in the fourth fodder scam case on Lalu.

The Case is over the illegal withdrawal of Rs. 3.13 crores from the Dumka Treasury in the year period of 1991-1995, when Lalu Prasad Yadav holds the Chief Minister's seat of Bihar. The case had been filed over Lalu, Jagannath Mishra, another former chief minister of Bihar and four others.

The case came to the final hearing on March 19, 2018, and the Ranchi Court had confirmed Lalu as Guilty in the fourth fodder scam. The court also postponed the verdict on March 24, 2018.

Currently, Lalu has been admitted to Rajendra Institue of Medical Science as fell ill in Birsa Munda jail, where he was lodged for previous three fodder scam.

The Ranchi court had accused almost 30 officials as guilty in the fodder scam. The officials include Former Chief Minister of Bihar Jagannath Mishra, Treasury officials, IAS officials and many animal husbandry officials. Lalu has been imposed with Rs.60 lakh fine and the jail sentence. But according to the reports from the court, since now, only 14 persons have been convicted as guilty, including Lalu.

Totally there are five fodder scam cases have been filed against the RJD leader. Four among the five has been already passed the verdict and the fifth case is yet to be tabled in future.

The dumka Treasury has been aggregated to Jharkhand which was in Bihar when Lalu was its chief Minister is to be noted.